Success for the “Trocks” at Folies Bergere.

By Christophe de Jouvancourt on 9/27/12 • Categorized as Ballet 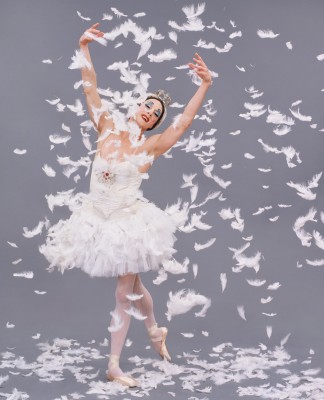 . The Ballets Trockadéro de Monte-Carlo was founded in 1974 in New-York by a group of dancers in love with classical Ballet. Today, they meet a huge success and travel all around the world

. The original concept has never changed : they are all male dancers and parody with great talent all the repertoire of classical Ballet, ensuring a show of great quality as they all have a very strong technique, even on the point shoes.

The “Trocks” are presenting a show composed of a selection of five works from their own repertoire. They always respect the spirit of the original ballet but parody the codes and the usual image of  the ballerina. It is humoristic without getting grotesque
. It is, on the contrary, a real homage to the
classical Ballet. The two signatures of the “Trocks” are the 2nd act of Swan Lake and the Black Swan pas de deux, based on the choreography by Marius Petipa and on the music by Peter Tchaikovsky. Those two ballets are a pure moment of humor. The dancers are transvestites into swans and are as aerial as muscular, whereas the Prince seems even more effeminate. All the dancers have indisputable talents in acting and each one develops a specific personality for his character. This creates a great contrast with the standard uniformity of a corps de ballet, which is hilarious. The dancers are really not pretentious, but some parts of the show remain faithful to the tradition of the Ballet.

During the Black Swan pas de deux, one could admire the wonderful technique of the young Carlos Hopuy, who just joined the company. His jumps and pirouettes were fantastic. Chase Johnsey, who played Odile, did fouettés that were worthy of a real ballerina. 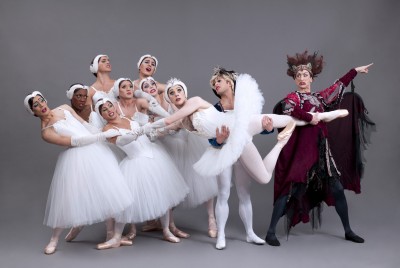 In the same spirit, the parody of The Dying Swan works perfectly. The choreography is based on Michel Fokine’s, on the music by Camille Saint-Saëns but has nothing to deal with the fragility of Anna Pavlova’s or Maya Plissetskaya’s interpretations. With the “Trocks”, the swan loses continually its feathers and dies in the most pathetic way. It is hilarious.

Follow two works that are maybe less accessible to the novice and where the humor works a little less for the majority of the audience. However those works are really good and show the great quality of the company. They are Go for Barocco and Walpurgisnacht. The first one is based on the
Concerto Barocco by George Balanchine and the choreography is delightful. The ballet parodies with subtlety the style of the famous Mister B. remaining very faithful in the same time. It also shows the impeccable technique of the dancers as the choreography is originally created for women. Finally, Walpurgisnacht is a new creation, based on a ballet by Leonid Lavrovsky, on the music of the Opera Faust, by Charles Gounod. This ballet is beautiful and ends perfectly the show. 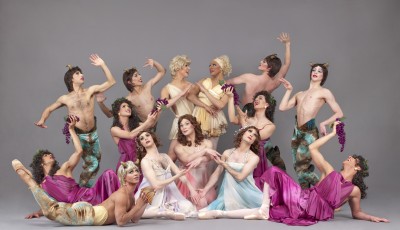 The Ballets Trockadéro de Monte-Carlo is a unique company in the world of Ballet and deserves the success it meets everywhere it produces itself. Thanks to their great artistic talent and technique, the dancers manage to make this art more accessible to a wider audience, not necessarily familiar with classical dance. This is a real exploit and in this sense the world of Ballet can be grateful.