By Henning Høholt on 10/12/16 • Categorized as Art's,Design,Movies,Tourism

The comic strip route in Brussels 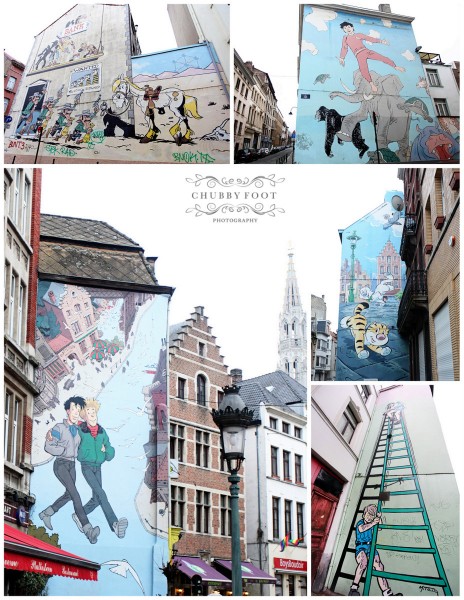 BRUXELLES/BELGIUM: During a visit to Brussels and Belgium last year I was invited at at tour to enjoy “The Brussels’ Comic Book Route” (or also The comic strip route in Brussels) is a path composed by several comic strip murals which deck the walls of several buildings throughout the inner City of Brussels as well as the neighborhoods of Laeken and Auderghem
.

The large comic strip murals show motifs of the most famous and popular Belgian comics, for instance The Adventures of Tintin, Lucky Luke, Gaston, Marsupilami and Gil Jourdan. 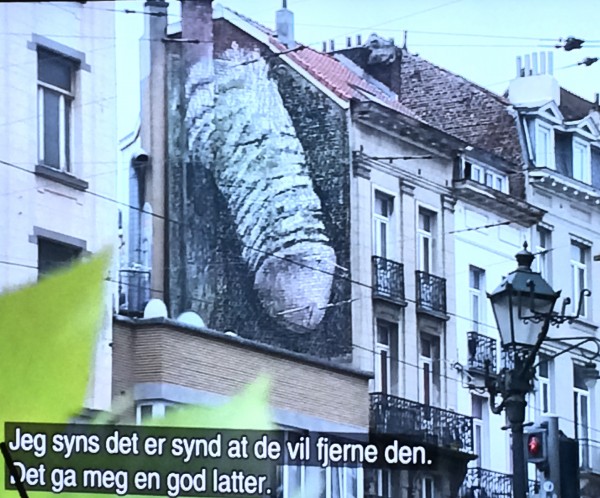 “Its sad that they want to move it away. I like it”

Actually this visit was being actualized on Sunday, where a new mural picture of a large Dick appeared during the night, as far as we know not ordered or planed by the autorities, and as far as i understood from the presentation in the Norwegian TV NRK not going to be kept.

Therefore it is a pleasure to present this original idea to our readers right ow, so they can get the inspiration what it also can be interesting to enjoy during a walk through the Belgium capital, and also the center of EU. 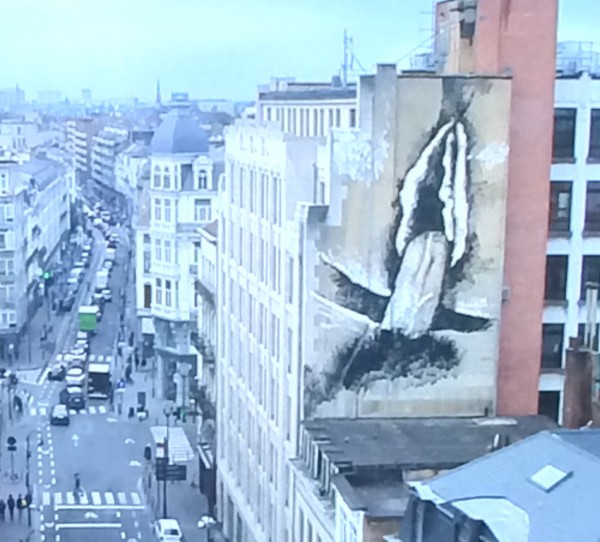 Bruxelles-Dick, that they want to keep. Foto from TV reportage by Henning Høholt

This Comis Strip project began in 1991 by initiative of the local authorities of the city of Brussels in collaboration with the Belgian Comic Strip Center. At its beginning, the project only intended to embellish empty walls and gables of buildings in the city. It then became an opportunity to remember that many well-known comic artists around the world were linked to Belgium’s capital, which also claims to be the capital of bande dessinée, or “comic strip”. 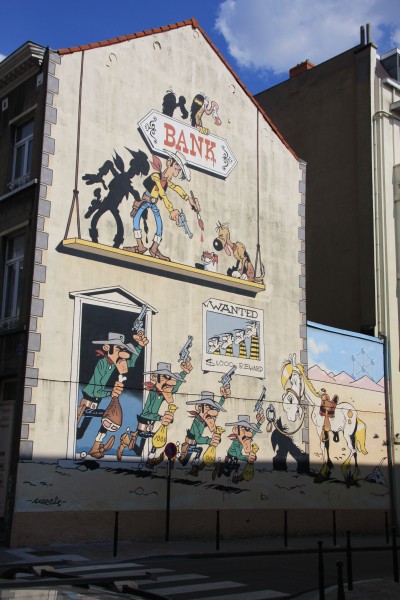 Lucky Luke Mural Pictures of the city of Brussels.

Today, the Brussels’ Comic Book Route offers more than 50 mural paintings, most of them located inside the Pentagon (as the city center is often called due to its geometrical shape). Following its trail, the Comic Book Route is a good way to discover the capital and even penetrate some neighborhoods less crowded by tourists.

Broussaille was the first comic book wall to be painted, based on an original project of the Belgian comic book artist Frank Pé. With its surface of about 35 square metres (380 sq ft), the mural painting was inaugurated in July 1991 at the intersection between the central streets Marché au Charbon and Teinturiers
. As with most of the mural paintings, the Belgian association «Art Mural» was in charge of the execution of the fresco painting.

«Art Mural» is an association created by five artists in 1984, mainly aimed to realize mural painting in public areas. Since 1993 it has been devoted to the creation and realization of new murals for the Brussels’ Comic Book Route, with a rhythm of two to three new works per year. Georgios Oreopoulos and David Vandegeerde are the only two remaining founder members of the association who have been always involved in all the projects and mural paintings, helped with a large number of other artists who have collaborated and worked together with them. 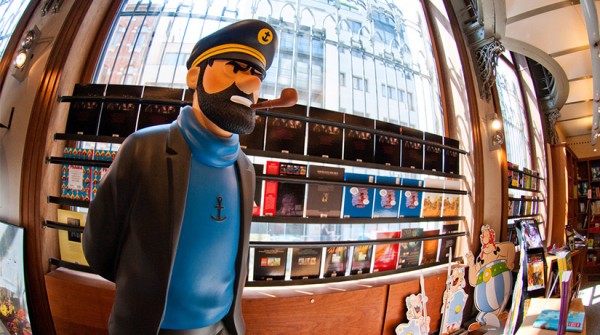 Are you interested in comic strips, then you can find souvenirs of all kind in the Comic Strip Center in Brussels.

Belgium has produced more comic-strip creators than any other country, and one of the world’s favorite comic characters flowed from the pen of Georges Remi, who breathed life into Tintin and his trusty terrier Snowy in 1927 under the name Hergé.
Tintin’s outlandish adventures are published in over 70 languages, and more than 200 million copies of all 24 titles have been sold around the world. Hergé is now commemorated at his own museum just outside Brussels. 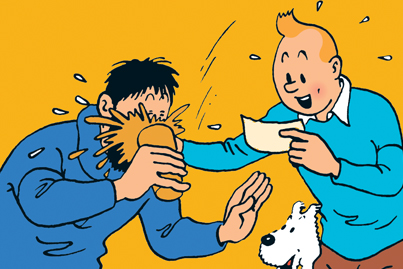 Tin Tin and the Captain.

The building itself was designed by French architect Christian de Portzamparc and the architecture is all part of the attraction — a sparkling white, minimalist and box-like contemporary affair. One exterior wall of the building comprises a massive image of Tintin, while another bears Hergé’s distinctive signature. Although there are more than 800 original plates and drawings of Tintin on display in the museum, there are also samples of Hergé’s other graphic design and cartoons to be seen, taking their rightful place alongside an in-depth profile of the artist’s life.