The Magic Flute in Firenze

The Magic Flute in Firenze 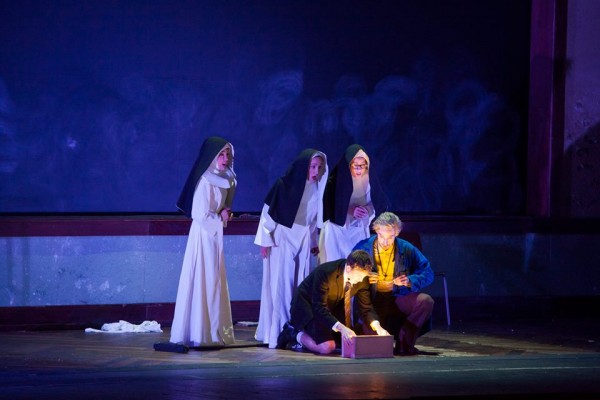 Bae, Bernini and Pilipenko as the Threee Ladies, together with Gatell-Tamino and Rrduini-Papageno, All Fotos: Simone Donati

FIRENZE/ITALY: The initiatory journey which leads Tamino from childhood to adulthood, the fundamental theme of The Magic Flute by Mozart, is staged with a very personal and disconcerting mise-en-scene by the Italian director Damiano Michieletto, a staging that was premiered at Teatro La Fenice in Venice in 2015.

The young director deepens in a very personal way themes, characters and situations required by Mozart and Schikaneder settling the work in a boarding school run by nuns (the Three Ladies), where Tamino and Pamina are two pupils, Papageno is a janitor, Sarastro the headmaster and the Queen of the Night an over the top teacher. “Tamino and Pamina, together with Papageno which is an illiterate but knows the language of animals, live a conflict between religious and secular education (summarized in the conflict between the Queen of the Night and Sarastro) and open to an individual discovery of affection and sexuality, of maturity as independence from fathers.” 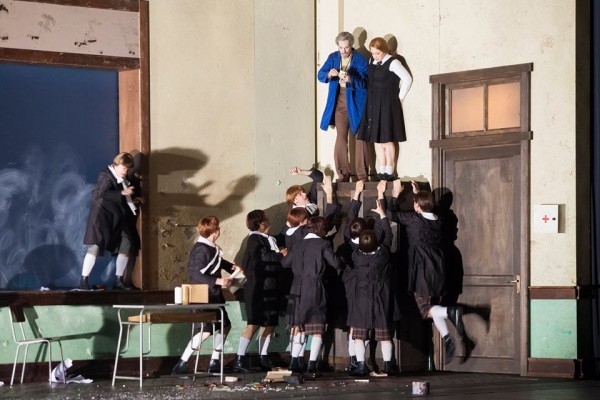 Reading these reflections of the stage director Damiano Michieletto we could think that on paper everything can even function, in fact it would seem only a temporal transposition (roughly in the Sixties of the last century) with a deepening and adaptation of the themes already present in this opera.

On paper, we said, but the road to hell is paved with good intentions: in fact the evidence shows that everything takes place in a too overbearing way and all in all so not to clarify anything about the psychology of the characters, only overlapping it by others particularly extreme

effective (3,19,20,21,22) . Side effects include transient headache, generic viagra online for sale evaluation and also carry out a full diagnostic work-up on.

. Showing the Queen of the Night as a mentally unstable woman who keeps swallowing pills does not lead anywhere.

We confirm that the staging is well engineered and very well built, with the help of functional scenes by Paolo Fantin, of costumes by Carla Teti (much less nice), and the lighting by Alessandro Carletti, and certainly we can not deny some visually beautiful and poetic gash like the final of the opera, but the work goes on dissolving in absolute nonsense trickles as the Three Ladies becoming nymphomaniac nuns, or phrases in Latin and math formulas projected on the large blackboard, or Monostatos, which is for some strange reason a young ugly fat and pimply, who masturbates looking at Pamina.

We think that despite all the music by Mozart and the linearity of the plot win on pretentiousness and director’s ideas that maybe, if treated with a lighter hand, would also be interesting

. No remnant of magic or poetry, no aura of mystery, nor even any masonic reference, everything here seems excessive rather banal if not at very bad taste, with basins for ablution, Canadian tents, Monostatos taking a peek at fainted Pamina’s private parts, the Drei Knaben dressed as miners and so on. 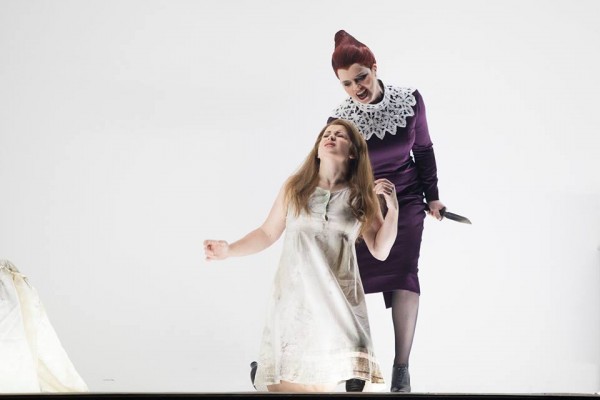 Sadovnikova as Pamina (in front), and Pudova as Queen of the Night (behind) at Zauberflöte

Roland Böer is back on the podium of the Florentine House after his Cosi fan tutte‘s really disappointing concertation just over a year ago. Also in this case we have a flat and hasty concertation, woody and not at all soft to follow the lines of the song, and moreover with synchrony problems with the stage
.
The cast stands on a medium-good level, without particular peaks of excellence but with a substantial uniformity of results.

We think that the tenor Juan Francisco Gatell was the better, showing taste, technique and absolute property in a difficult part as Tamino. He has fluency and adherence to the text when he sings in a round tone and when a more sculptural phrasing is required, the voice is beautiful and quite managed, his character is more than credible on stage.

Pamina was Ekaterina Sadovnikova, which outlined a fairly conventional character, that of an ingenue girl vexed by her mother. Vocally she appeared quite at ease in the part although not very expressive and exciting, however highlighting an interesting homogeneous voice, apart some intonation problems.

The Queen of the Night was Olga Pudova, which, bearing in mind the difficulty of her part, fared really quite well. Her voice hasn’t a great volume at all but is penetrating and well emitted, her character is well outlined even having to deal with the quirks requested by the scene director.

Alessio Arduini as Papageno was rather subordinate, Goran Juric was a good Sarastro, all the other singers were on a mid-level, enough out of tune the Drei Knaben coming from Muenchner Knabenchor.

The orchestra and especially the chorus (well trained by Lorenzo Fratini) behaved very well contributing to the great success of an evening that was crowned with a warm acclaim by the audience that filled out the Florentine House. 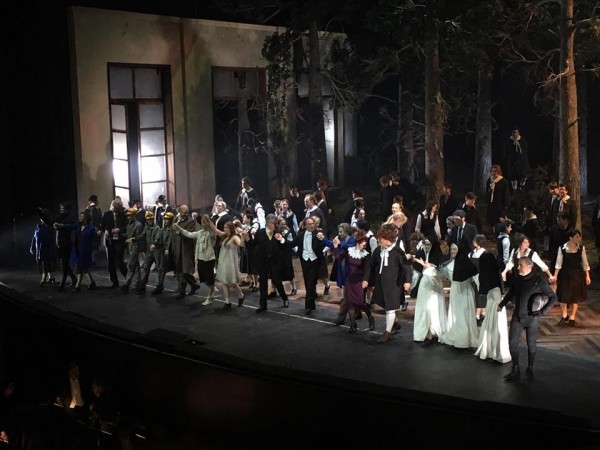