The One – Fascinating cabaret show in Berlin

By Henning Høholt on 11/26/17 • Categorized as Art's,Design,Musical,Theatre,Tourism

BERLIN/GERMANY: The One – is a fascinating and  impressing cabaret show in Berlin. Full of great artists, music, dancers acrobatic flying artists, an extraordinary successful scenography, lights, large orchestra, colours. A must for a good evening out in Berlin at Friedrickstadt Palace, only a few minutes from Under den Linden. Admiring costumes by Jean Paul Gaultier. Regi, concept and idea Roland Welke. In the leading roles Roman Lob and Brigitte Oelke. 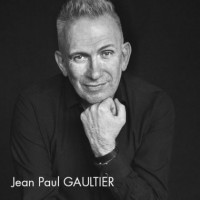 I have dreamed of working on a revue ever since I was a little boy.”
Jean Paul GAULTIER

“I have dreamed of working on a revue ever since I was a little boy.” Jean Paul GAULTIER

“The One” in Berlin in the large Friedrickstadt Palast, said to be with the largest theatre stage in the world
. 1900 persons in the audience fills up the theatre up to several days a week. Sometimes with more than one performance pr. day
.

To be honest, we had not heard about this great show before. We were so happy to get informed about it, and to get the possibility to visit it through a good cooperation with VISIT BERLIN and GERMANTRAVEL.

We were impressed. A large ballet company, led by Alexandra Georgieve, filled up the stage in atmosphere making parts, among which the 23 female dancers presenting there Cancan version, that I through the Jean Paul Gaultier outfit and hats in privat was giving the name The BISMARCK Cancan. And not the same as the world famous Moulin Rouge Cancan. This was a German Kankan. 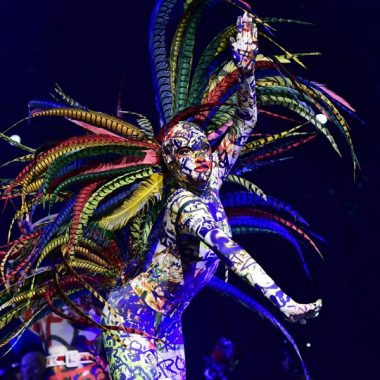 What a dream it must be for a regisseur and scenographer to get such a stage floor, that give them the possibility to crack it up, looking like a lake with Ice on top, that they can crack up in 10 parts, where each part can run in each its own direction, and letting some thing toking like water fill up between the ice pieces, and then letting them flood on top of each other. with a splendid light design by Peter Morse. That was extraordinary. Large orchestra on stage and in a cabaret at the one side. 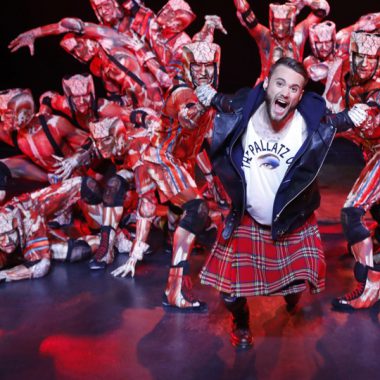 ROMAN LOB, the young man, which dreams are presented in THE ONE show in Berlin. Costumes by Jean Paul Gaultier. Photo: The ONE.

The basic history is a bout a young man, performed by 26  years old Roman Lob , dressed in scottish kilt, which in this performance see what is going on in his dream about finding a girl (or boy),- we never find out if he actually find anyone, but we are following him in his dream, and in that we are getting a lot of different pictures of what is going in to his mind, as often as in a real dream, splitter pictures, which gives the regi and scenography many different possibilities.

Brigitte Oelke, the sining star in Costumes by Jean Paul Gaultier. Photo: The ONE.

Roman Lob is not alone on stage, With him is the famous singer Brigitt Oelke, who elegantly are presenting some outstanding, for me so far unknown, songs with great expression framed by elegant costumes by Gaultier and excellent colourful stylish scenography, she sings well, good framed by the orchestra led by Daniel Behrens, who is too composer of some of the music in the show. 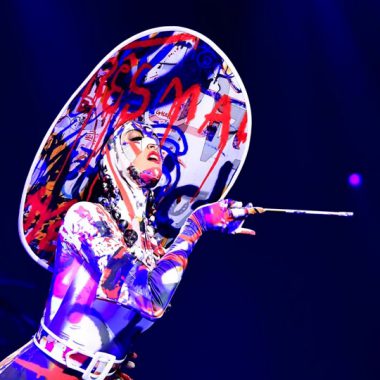 With more than 600,000 guests to date, the production has smashed all records. The New York Times recommends the Palast as “must-see” during every visit to Berlin. Lonely Planet raves about the “Glamour à la Las Vegas”. On the major review portals, up to 96 per cent of guests recommend our show

anginacord reflex pathway. When sexual stimulation is terminated, How long does cialis last?.

Another highlight group on stage is 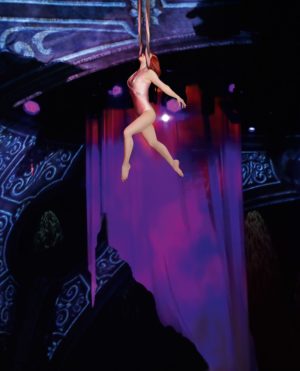 Les FARFADAIS, – remember the name! A group of 7 acrobatic artists who were lifted up – and down. between the floor and the roof are making extraordinary good acrobatic floating and swinging in the air. theirs excellent job did that the show was “lifted” up to an extraordinary artistic level.  The name of artists in this group is Raquel Capito (Spain), Jonathan Finch-Brown (England), Thomas Auburn (France), Daryo Vintilova (Canada), Ben Finch-Brown (England), Maria Combaroros Leal (Spain) and Marta Bataller Leiva (Spain)
. Absolutely extraordinary elegance.

One number where presenting a great flame fire number surrounded by Steve Joshua Dyffort, who elegantly filled up the stage with flames of all possible ideas, followed up  in the scenography colours. Impressive. 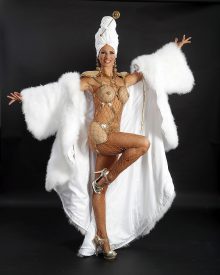 The One Grand Show in Berlin. Foto. The ONE: