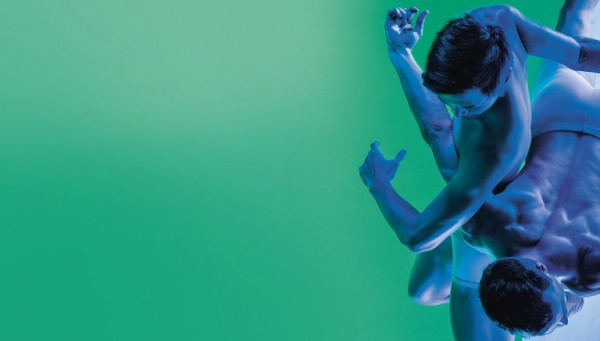 AMSTERDAM/HOLLAND: Transatlantic is Dutch National Ballet’s new programme of four ballets by choreographers living in Amsterdam, London, New York and Berlin. The two world premieres in Transatlantic are by Ernst Meisner (Amsterdam) and George Williamson (London). Dutch National Ballet is also dancing the European premiere of Year of the Rabbit by Justin Peck (New York), to music by singer-song writer Sufjan Stevens. The programme is completed by a revival of the internationally acclaimed ballet Overture (2013) by artistic associate David Dawson (Berlin).
Fashion designer Jan Taminiau is designing the costumes for the new ballet by the Dutch choreographer Ernst Meisner. David Bamber is designing the costumes for the new ballet by the British choreographer George Williamson.
Transatlantic will be presented from Saturday 11 to Sunday 26 June 2016 in Dutch National Opera & Ballet, in Amsterdam, as part of the Holland Festival 2016.

World premieres by Ernst Meisner and George Williamson
The Dutch choreographer Ernst Meisner is creating a new duet for principal dancer Igone de Jongh and the young talented Dutch/Canadian dancer Martin ten Kortenaar. Fashion designer Jan Taminiau is designing the costumes. It is the first time that Meisner and Taminiau have worked together
. Meisner, former dancer with The Royal Ballet and Dutch National Ballet, has been the artistic coordinator of Dutch National Ballet’s Junior Company since 2013.
The young Brit George Williamson (25) was nominated in 2013 for the prestigious dance award Benois de la Danse for his ballet Firebird. Williamson, associate artist with English National Ballet, created Dawn Dances for the Dutch National Ballet’s Junior Company in 2013. He has now been invited back to create a work for Dutch National Ballet. Designer David Bamber, known for his collaboration with Tom Ford, is creating the costumes.

European premiere by Justin Peck
The twenty-eight-year-old Justin Peck is resident choreographer with New York City Ballet, and this is the first time his work has been presented in the Netherlands. His ballet Year of the Rabbit(2012) was a great hit with press and audiences (‘ A triumph’, New York Times) and was nominated for the Benois de la Danse. Year of the Rabbit is danced to music from the album Enjoy your Rabbit, by the American singer-songwriter Sufjan Stevens, which was arranged for string orchestra especially for the ballet by Michael P. Atkinson.

Revival by David Dawson
David Dawson’s Overture, the work that he created for Dutch National Ballet in 2013, was nominated for the ‘Zwaan’ award for Most Impressive Dance Production. One of the sources of inspiration for the ballet was T.S. Eliot’s poem The Four Quartets. The piece for eighteen dancers was received with enthusiasm by press and audiences alike.

“Dawson is a demanding choreographer and Overture stretches each dancer tot the optimum. The work is crammed with so much wonderful, exciting dance and is a triumph of twenty-first century neo-classical choreography.” (Dance Europe 2013)

“By its scope, substance and fully integrated vision, the ballet strikes as one of Dawson’s most hauntingly beautiful and compellingly profound works
. In Dawson’s individual reinterpretation of classicism, even the most hard-edged passages retain a sensitivity and emotional resonance. With Dawson’s Overture Dutch National Ballet has a masterpiece.” (Dancing Times 2013)

Transatlantic will be presented as part of the Holland Festival 2016.