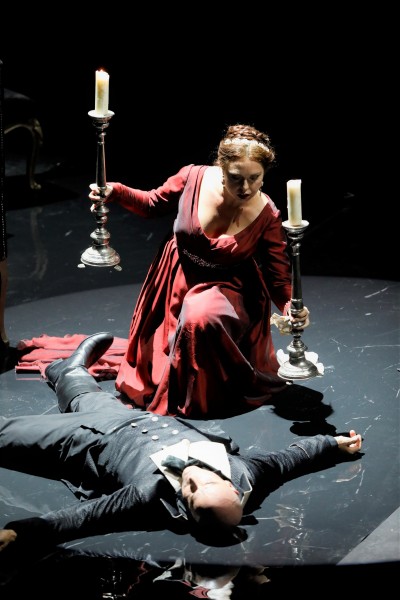 FIRENZE/ITALY: “Last night I attended Tosca by Puccini. It was a great performance from every point of view, we are really stunned to find something similar in a provincial Austrian city. But the opera! In the first act a solemn procession with a continuous peal (the bells went from Italy). In the second act a man is tortured with horrendous screams and another man is stabbed with an acuminate bread knife. In the third act again an immense peal on a view of whole Rome from the top of a fortress – again another different series of bells – and a man is shot by a platoon of soldiers.
Before shooting I got up and went away. No need to add that everything is put together as always with a master ability: nowadays every bungler is able to orchestrate excellently “.

Gustav Mahler
(from a letter to Alma Mahler, 1903)

In 1889 the young Giacomo Puccini attended in Milan a performance of Tosca by Victorien Sardou (1831-1908) being excited and asked the editor Giulio Ricordi to interest at the famous French writer to get the copyright to put in music that subject. A few years later after various events the copyright was obtained but for another Italian composer, Alberto Franchetti, who after some uncertainty gave up, so that the editor entrusted the opera to Puccini.

This libretto was written by Giuseppe Giacosa and Luigi Illica, also authors of the libretto of La Bohème that Puccini set to music a few years before.

Famous is also old Giuseppe Verdi‘s opinion about the story of Tosca as conceived by Sardou: “There is a drama that if I were still in career I would put in music with all my soul, and it is Tosca.”.

The simplistic Gustav Mahler‘s opinion (an “hystorical” harsh criticism) appears so ungenerous both towards the French writer and the musician, a judgment that goes against the public’s favor which always shown great interest in this work finding some of the most infallible ingredients for a lyrical opera. All this has to be obviously contextualized in the period when Tosca was born, a typical and triumphant example of Verismo in music, whose beginning is notoriously got back to Cavalleria rusticana written in 1890. 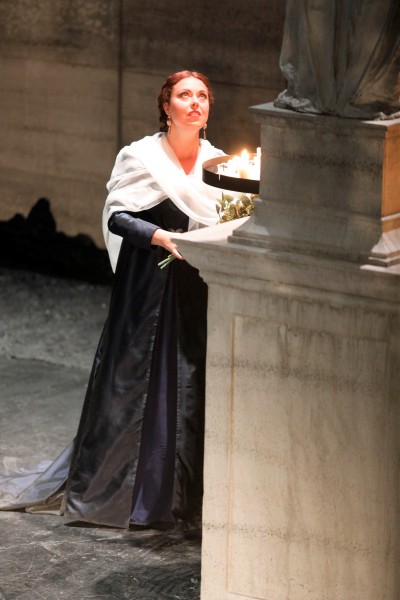 Third and last opera of “Passione Puccini” cycle at the Teatro del Maggio Musicale Fiorentino, this performance of Tosca presents as reasons of interest first of all the bright conducting by Valerio Galli, a refined and symphonic conducting, very attentive to the peculiarities of the instruments. He follows well the singers, apart from a few moments of scarce synchrony with the stage, is very attentive in the purely symphonic pages and creates an enviable carpet for the voices, although as we will say in this occasion the vocal cast is not particularly interesting
. After a fairly fragmentary 1st Act, his careful and participatory concertation seems to take off from the second, rather well followed by the orchestra. Even the Choir trained as usual by Lorenzo Fratini is author of a great performance.

Francesca Tiburzi was the main character, she sports a not insightful voice but doesn’t seem to have neither authority nor vocality for such a difficult part. Her voice is naturally rather dark and with few colors, and the singer shows a predictable and in a long run rather boring phrasing.

We cannot deny generosity and effectiveness to the tenor Stefano La Colla, especially in the third Act, being the author of a more than honorable performance. The voice in nature is quite interesting and apart from some effortful high notes and some small problems of intonation we certainly can not make him other criticisms.

The baritone Angelo Veccia has a fairly small rather clear voice and at some moments clearer than the tenor. His interpretation is that of a baron Scarpia in the verist tradition but overall rather effective.

The singers of the secondary roles were no more than on an average level.

The visual part of the performance is entrusted to stage director Federico Bertolani, with scenes by Tiziano Santi, costumes by Valeria Donata Bettella and lights-designing by D. M. Wood.

The action takes place, it is deduced from the costumes, more or less at the time indicated by the libretto, overall the opera is staged in a large algid stylized box (so anonymous that could be used surely for hundreds of other operas) occupying the whole stage inside which, with few modifications, the story takes place. Nothing special however neither good nor bad, the acting is a bit too much over the lines (a ratty Tosca blowing some things on the ground, Scarpia trying to rape her on the floor…), and the background wall that opens up horizontally to let glimpse people and extras.

Unfortunately we had an embarrassing final of the first Act, with clergy and people housed on a sort of football stadium numbered grandstand (some religious draperies also give the impression of cloths put to dry), meanwhile Scarpia under the statue of Our Lady, a statue – I wonder why – rigorously with his shoulders directed to the audience, is singing Tre sbirri una carrozza.

The final scene was on the contrary evocative, Tosca getting down from a large staircase just under the visually mentioned wing of the Angel of Castel Sant’Angelo, but the most interesting scene from a visual point of view lasted only for a few seconds, just the time for Tosca to commit suicide. 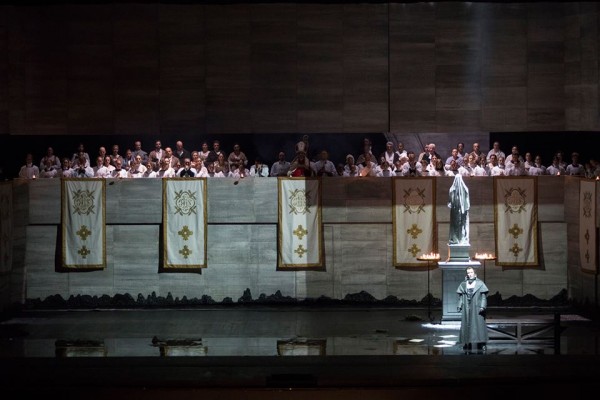 therapeutic course. Prior to direct intervention, good cheap viagra online The patient and his partner (if available) should be.