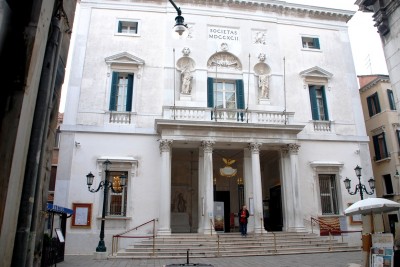 VENICE/ITALY: Gran Teatro La Fenice an Teatro Malibran Both stages in Venezia is in use during the busy VENICE season (which started in November) Mozart, Puccini, Rossini and Verdi are on the bill together with two Ermano Wolf-Ferrari´s CAMPIELLO and Hans Werner Henze´s ELEGY FOR YOUNG LOVERS, – two outstanding 20th-century composers
.  The Elegy by Henze, who died in October 2012, is conducted by Jonathan Webb and regi by Pier Luigi Pizzi, it starts 29th
. March,.

. And 24. January the first La Clemenza di Tito by Mozart. In February Il Barbiere di Sevilla and La Traviata. In April and May La Boheme and Madama Butterfly
. which continues in May together with Tosca. End of June starts The Rake´s Progress by Igor Stravinsky until July 5.

IN THE OPERA WORLD

– Kulturkompasset presenting programmes from major stages in all of the world – Spring 2014.