By Ruth Wischmann on 7/05/13 • Categorized as Classical music,Opera 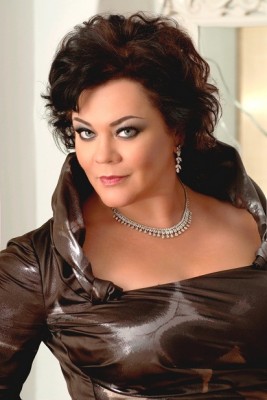 By Ruth Wischmann, Fotos: Ivan Balderramo
–
VERONA: Following brilliant critical acclaim for her readings of Aida, Amelia, Elisabetta, Gioconda, Leonora and the great Wagner roles on stages around the world, Violeta Urmana now returns to some of the mezzo parts with which she first made her name before changing to the soprano fach.
–
This summer, she can be heard as Amneris in the Arena di Verona, a performance which also marks her debut at this renowned festival

. Her partners on stage are Fiorenza Cedolins, Marco Berti and Ambrogio Maestri, with Daniel Oren on the conductor’s rostrum.

–
The performance, on August 24, will be directed by Placido Domingo. Beforehand, on August 15, Violeta Urmana will be together on stage with Placido Domingo in a gala concert to mark the bicentenary of both Richard Wagner and Giuseppe Verdi. The conductor on that occasion is Daniel Harding.
–
Verdi is on the schedule this autumn too, when Violeta Urmana returns to another of her earlier star roles as Eboli, at the Staatsoper in Vienna and at the Deutsche Oper in Berlin. On September 7 the singer will take up an invitation from the Enescu Festival in Bucharest, where she will sing Tove in Arnold Schoenberg’s Gurre-Lieder under the direction of Bertrand de Billy.
–

Violeta Urmana will draw the year to a close with Wagner, when she once again sings Isolde at the Vienna Staatsoper, a role for which she has received outstanding praise over recent years. In this way, Violeta Urmana pays homage not just to the two great men of music whose birthdays are being celebrated this year, but to two of her favourite composers.

At the same time she is linking some of her early roles with those that have more recently brought her fame and acclaim, proving yet again what a highly expressive and versatile mezzosoprano she is, combined with being one of today’s leading dramatic sopranos.