By Henning Høholt on 4/26/13 • Categorized as Classical music,Opera 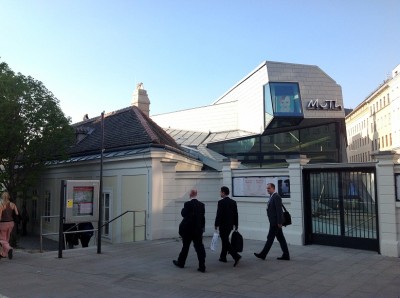 The new concerthouse seen out from the street, photo: Henning Høholt 2013

VIENNA: In December 2013 the new house opened, and it has become an elegant situated and formed concerthouse with 413 seats, orchestra pit to 24 musicians.

By Henning Høholt, based on information from the Vienna Boys´Choir homepage.

To day the choire consist of 100 members 10-14 years old, it is split up in 4 concertchoires when touring, named after outstanding composers with contac to Vienna and Austria, Haydn, Schubert, Bruckner and Mozart.

At our visit to the new house MUTH, we met the Haydn Choir, usually 24 boys, but to day only 23, led by Kerem Sezen, who told that to day 26.4.2013 this choire should leave for Barcelona on tour. 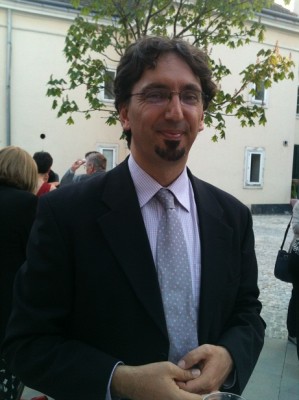 The new concerthouse was donated by a private sponsor, it cost 16 Mill Euro, furthermore the sponsor has guaranted the expenses for the concerthouse for the coming 60 years. The stage size is 12×9 meter. Informs director Elke Hesse.

In 1498, more than half a millennium ago, Emperor Maximilian I moved his court and his court musicians from Innsbruck to Vienna. He gave specific instructions that there were to be six boys among his musicians. For want of a foundation charter, historians have settled on 1498 as the official foundation date of the Vienna Hofmusikkapelle and – in consequence – the Vienna Boys’ Choir. Until 1918, the choir sang exclusively for the court, at mass, at private concerts and functions and on state occasions.Musicians like Heinrich Isaac, Paul Hofhaimer, Heinrich Ignaz Franz Biber, Johann Joseph Fux, Christoph Willibald Gluck, Wolfgang Amadeus Mozart, Antonio Caldara, Antonio Salieri and Anton Bruckner worked with the choir. Composers Jacobus Gallus, Franz Schubert, and conductors Hans Richter, Felix Mottl and Clemens Krauss were themselves choristers. Brothers Joseph and Michael Haydn were members of the choir of St
. Stephen’s Cathedral, and sang frequently with the imperial boys’ choir.In 1918, after the breakdown of the Habsburg empire, the Austrian government took over the court opera (i.e. the opera, its orchestra and the adult singers), but not the choir boys. The Choir owes its survival to the initiative of Josef Schnitt, who became Dean of the Imperial Chapel in 1921
. Schnitt established the boys’ choir as a private institution: the former court choir boys became the Wiener Sängerknaben, the imperial uniform was replaced by the sailor suit, then the height of boys’ fashion. Funding was not enough to pay for the boys’ upkeep, and in 1926 the choir started to give concerts outside of the chapel, performing motets, secular works, and – at the boys’ request – children’s operas. The impact was amazing: Within a year, the Wiener Sängerknaben were performing in Berlin (where Erich Kleiber conducted them), Prague and Zurich. Athens and Riga (1928) followed, then Spain, France, Denmark, Norway and Sweden (1929), the United States (1932), Australia (1934) and South America (1936). 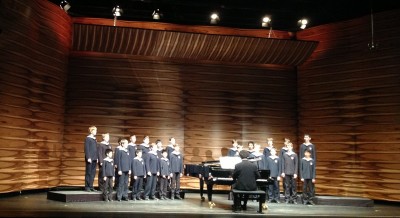 Today there are around 100 choristers between the ages of ten and fourteen, divided into four touring choirs. The four choirs give around 300 concerts and performances each year in front of almost half a million people. Each group spends nine to eleven weeks of the school year on tour. They visit virtually all European countries, and they are frequent guests in Asia, Australia and the Americas.

Together with members of the Vienna Philharmonic Orchestra and the Vienna Philharmonic Choir, the Wiener Sängerknaben maintain the tradition of the imperial musicians: as Hofmusikkapelle they provide the music for the Sunday Mass in Vienna’s Imperial Chapel, as they have done since 1498.The choir is a private, not-for-profit organisation. The eight members of the choir’s governing body oversee its development and guarantee its future. The current president is Walter Nettig. Gerald Wirth became the choir’s artistic director in 2001.

The choir’s repertoire includes everything from medieval to contemporary and experimental music. Motets and lieder for boys’ choir form the core of the touring repertoire, as do the choir’s own arrangements of waltzes and polkas by Strauss. Both the choir and the Hofmusikkapelle have a long tradition of commissioning new works. Benjamin Britten wrote the vaudeville The Golden Vanity for the Vienna Boys’ Choir, and even conducted its premiere at the Aldeburgh Festival in 1967 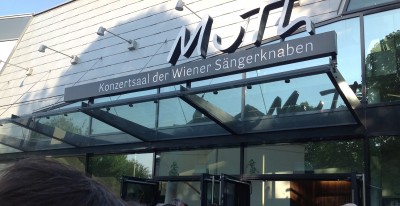 Children’s operas are an important part of the repertoire. The Wiener Sängerknaben produce one or two stage works every year; they perform classical favourites as well as new works.
The successful production of Gerald Wirth’s The Journey of the Little Prince led to an invitation to stage his Die Schicksalstafel, an opera based on the Babylonian myth of Anzu, at Vienna’s Musikverein. In 2004, the Musikverein hosted the world premiere of Raoul Gehringer’s Moby-Dick, based on Herman Melville’s novel. This was followed by Titus Hollweg’s and Emanuel Schulz’s Märchen Matrix in 2006. A new opera is in the works for 2010.

World Music and Cross Over Projects

Since the 1920s, the choir has collected music on its travels. One of the educational goals is to introduce the boys to as many different styles of music as possible. Says Gerald Wirth, “We do not claim to play ‘authentic’ world music; we create something from the original sources, texts and recordings that is our own. We try to be faithful to the original in that we treat it with respect.”
Silk Road, which premiered in 2003, is the choir’s third world music project. The colourful journey along the old trade route was staged by Rebecca Scheiner, a stage director and evening supervisor at the Vienna State Opera, and features songs from Uzbekistan and China, a qawwali and a ghazal as well as field hollers, all sung in the original languages. Pirates!, staged by German-Canadian director Gita Pattison, premiered in 2004. The story of the quest for a most unusual treasure is told with music from Yemen, England, Jamaica and Latin America.In the 1970s, the choir started to perform Heinz Kratochwil‘s a cappella arrangements of Beatles‘ songs. In 2002, they recorded their first ever pop album; featuring songs by Madonna, Celine Dion and Robbie Willams. The best-selling CD was nominated for the 2003 Amadeus, the Austrian music award. The choir has contributed to a number of soundtracks in recent years: Primal Fear (USA 1996); The 13th Floor (USA 1999 – you can listen to 30 seconds from this soundtrack in our discography); Dokuritsu shonen-gasshoudan (Japan 2000); the animated Doraemon (Japan 2000), L.I.E. (USA 2001).
The choir has performed in video clips for television and its own homepage, and has recently completed a full-length film, directed by Curt Faudon, “Silk Road, Songs Along the Road and Time“.

The Wiener Sängerknaben have their own school. Almost 250 children study and rehearse in the Augartenpalais, a baroque palace and former imperial hunting lodge in Vienna. Beginning with kindergarten, boys and girls are provided with a complete musical and general education through the elementary grades. At age ten, the most talented boys are selected to join the choir and enter the choir’s grammar school. All boys are assigned to one of the touring choirs. Academic lessons are taught in small groups. The school has a band, and offers extracurricular activities ranging from sports (baseball, basketball, judo, soccer, rollerblading, swimming, fencing) to attending concerts, operas, plays, musicals and movies. The choristers are also encouraged to create their own projects; a number of them write, act and direct short sketches about life at the school.
In 2003, the palace and its subsidiary buildings underwent a complete refurbishing, paid for in equal parts by the choir’s general sponsor, the POK Pühringer Privatstiftung, the Austrian federal government and the City of Vienna.The school is proud of its alumni, many of whom go on to become professional musicians, conductors, singers or instrumentalists, in Vienna and throughout the world. Many others continue to sing; there are two male voice ensembles made up entirely of former Wiener Sängerknaben, the Chorus Viennensis and the Imperial Chapel’s Schola Cantorum. All former students retain a lifelong commitment to the arts.

After-School Program for Boys and Girls

The after-school programme invites boys and girls aged from four to fourteen years to sing. The choir is happy to have secured the support of Edita Gruberova for this program. Children from four to six receive an early music education. They listen to music, sing simple songs, experience rhythm by moving to the music, and build their own instruments.
Children from six to ten are introduced to choral singing. The classes include proper breathing techniques, ear training and voice lessons. In choir practice, they learn to sing two and three part harmonies
. Students from ten to fourteen are divided into all-boy and all-girl groups to receive more intensive training, geared to their individual needs. All children sing works from the Wiener Sängerknaben’s repertoire.