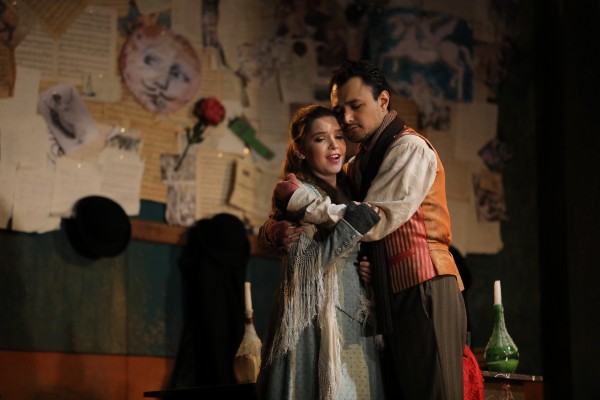 Yana Kleyn and Diego Silva as Mimi and Rodolfo in La Boheme in Metz. 2017

METZ/FRANCE: La Boheme premiere of Paul-Émile Fourny and Giacomo Puccini´s La Boheme in Metz, became a large success for the Metz Operahouse – which is actually the oldest theatre house in France, still in use. Conducted with great musicality by Roberto Rizzi Brignoli, and with a splendid cast, headed by Yana Klayn as Mimi, Diego Silva as rodolphe, Gabrielle Philiponet as Musette, Régis Mengus – Marcel, Mikhail Piccone – Schaunard, Tapani Plathan – Coline, and Jean-Fernand Setti had his stage debut as Benoit and Alcindor. 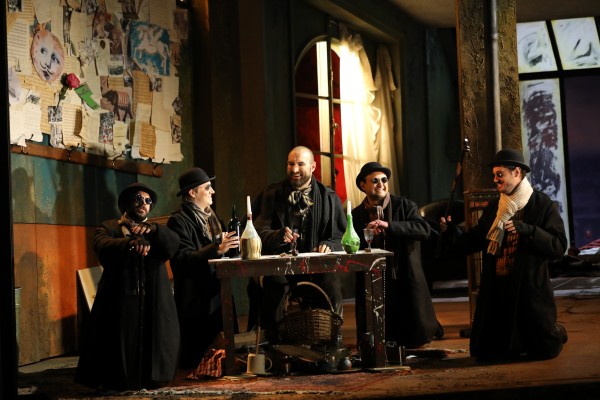 In the center jean-fernando Setti as Benoit surrounded by the 4 Bohemes dressed up as Toulouse Lautrec copies.

The excellent traditional inspired regi by Paul-Émile Fourny had given  an elegant link to Moulin Rouge – and Toulouse Lautrec in Paris, which was genial. He included, discretely, the wings of the mill from Moulin Rouge in the scenographic solution – scenography by Valentina Bressan. And with small details the four doubled figure of Toulouse Lautrec in the first act by letting the four male bohemes figure Lautrec. Discretely and elegant. Dominique Louis had made good costumes, and at the second act cafe, she had let the elegant Christmas party wimens let all their skirts be produced, so they could be used as Can can skirts, a great idea, and then we were at the Can can show at Moulin Rouge inclusive the on stage orchestra playing their final march which worked very well for the Can can. Where we enjoyed an excellent male dancing soloist, Renaud Garros, at a high quality level. The choir and the children choir were very good in singing and acting.

Yana Kleyn as Mimi was at her very best, a beautiful voice, with a clearness in the diction and fantastic high tunes, who shined on top of the orchestra even in strong fortissimo. She also managed to present the difficult role very well, in a good regi, where she first is a fresh young girl, and then we feel through her appearance, that her sickness are taking over, and in the end dying. A demanding role to form, that ms. Klein succeeded well in..

Diego Silva as Rodolfo did a good job, he has a beautiful voice, not very strong, perhaps not an ideal Rodolfo, but he succeeded very well, specially in the third and  fourth act, where i feels that he was feeling safer and more comfortable. His large aria “Che gelida manina” in first act, was very well performed. And in his cooperation with Marcel – Régis Menges, the cooperation functioned and their famouse duet in 4. act was brilliant, strange that the “shy” audience didn´t applause after it. 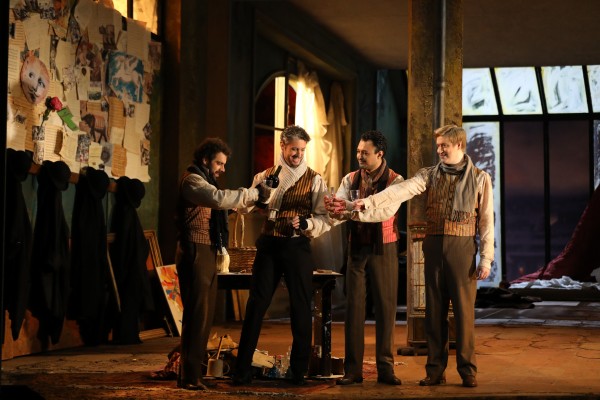 Gabrielle Philiponet was a good choice for Musette, she has the elegant personality need for that role and sung wonderful, looked and sung great in the second act. Her cooperation with Régis Menges was excellent, specially in the hysterical part in 3. act. 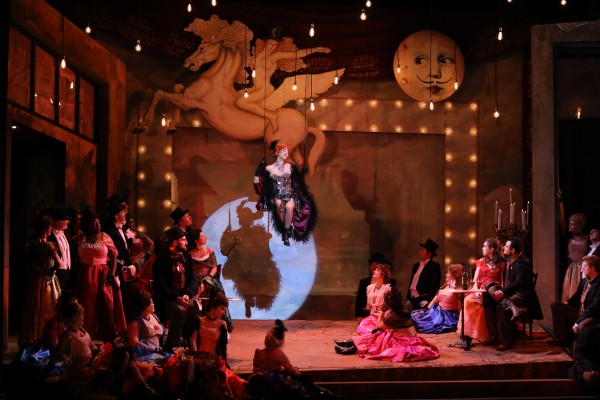 (where possible)of What is sildenafil citrate?.

Mikhail Piccone as Schaunard had success, his long presentation in the first act was brilliant, a very beautiful voice.

Tapani Plathan – Coline, was a stabile deep holding place in all the cooperation, his Coat solo was excellent, I would like to hear him as Sarastro, when I get the chance to that, that would be wonderful.

Last, but not least Jean-Fernand Setti who had his stage debut as Benoit and Alcindor. He did a very respectable debut, that he can be proud of. I too noticed well Daegweon Choi as Parpignol.

Gabrielle Philiponet and Régis Menus as Musette and Marcel. in 3. act.

Honestly, I enjoyed that the Operahouse of Metz has decided to produce its La Boheme with such a young cast, that suits the production very well.

Roberto Rizzi Brignoli conducted it all with great musicality, i could notice that he with the ensemble, choices and the great Orchestra National de Lorraine has made a very good rehearsal periode, as it in fact is needed wit La Boheme, to success so well as they did with this production. Light by Patrick Méeús. 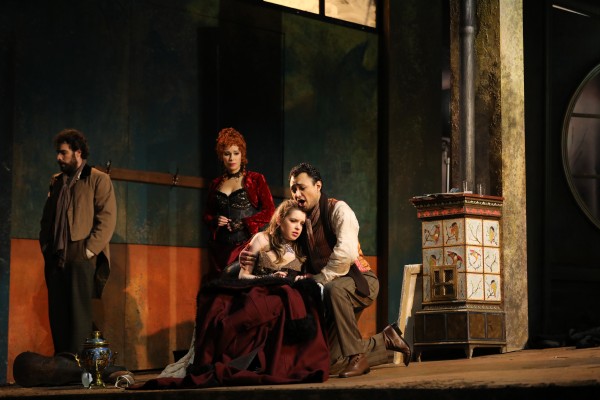 Applaus after La Boheme in Metz, in the centre register and opera chief Paul-Émile Fourny.

Looking forward to next time in Metz.