Yoel and Yolanda as Romeo and Julie in Oslo 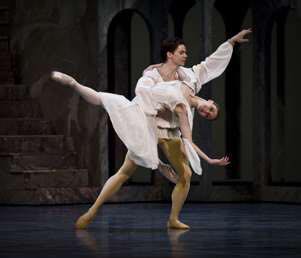 Yoel Carreno and Yolanda Correa as Romeo and Julie in Oslo

OSLO/NORWAY: The Norwegian National Ballet presented even one more star cast tuesday 12.11.2014 in Romeo and Julie. DIrectly from Havana in Cuba, where they have been dancing Swan Lake in a ballet festival during the week-end, To their first night at Romeo and Julie in Michael Corder and Sergei Prokofievs Oslo production of their successballet Romeo and Julie. Full of feeling, temperament, virtuosity and perfectionisme, they fascinated the audience. 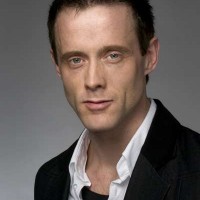 This evening was also first evening for Lucas Lima in the demanding role as Mercutio, He did an extraordinary performance, we trusted in him, his dead-dance was feelingfull, charming and dramatic. In the same way is Scott Casbans performing of his dancing and dead, he shows autority, a dangerous personality

.  Star presentations of excellent dancers, who knows their art
. 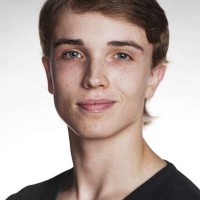 Marco Pagetti, who stared well at his first Benvolio in first act was enjured, and then Douwe Dekkers, who actually was supposed this night to dance the mandoline dance took over, but also had to dance the leading role in the Manodline dance, that he did in the Benvolio costume. That worked perfect, and in fact for me it was a good pointe for the performance, that Benvolio, as a young happy leading role also is participating in the mandoline dance, who is like a part of the acitivities at the Square. Furthermore he danced that both the Mandolin dance and the Benvolio part brilliantly. Hope Marco Pagetti will be back soon on stage.

As Prince Paris we enjoyed a young handsome, welldressed Prince – Garreth Smith, who functioned well with good stage presence and in good dancecombinations with Julie, 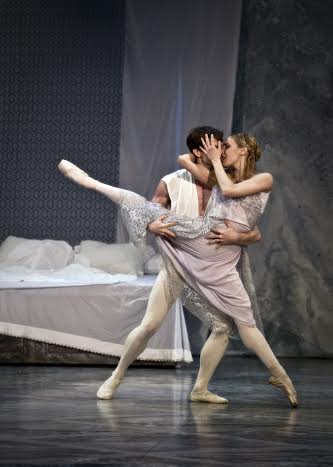 The Orchestra, who is responsible for the difficult Prokofiev music,  sounds even better now than at the opening night. There are really musical higlights, and very beautiful details from the soloists in the orchestra. Catharina Chen is concertmaster, it is all conducted by Ben Pope.