A Flowering Tree by John Adams at Chatelet. 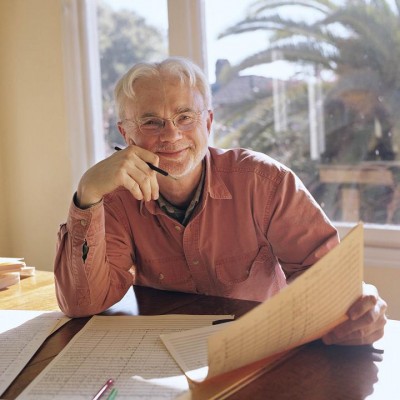 Steering away from events that marked the second half of the 20th century in America, such as the political Nixon in China, and the climatic I Was Looking at the Ceiling and Then I Saw the Sky, two major works staged at Le Châtelet in 2012 and 2013, John Adams is now gravitating towards the Indian imagination with this opera devised in 2006. The piece is inspired by a southern Indian folk tale and describes the trials and tribulations of a young couple subjected to a series of rituals and trials designed to demonstrate the power of love

Any resemblance with a certain piece called The Magic Flute is by no means coincidental. John Adams was, in effect, commissioned to produce the work to celebrate the 250th anniversary of Mozart. A Flowering Tree deals with the theme of redemption through the transformation of the individual and “the emergence of a moral conscience”, to use the composer’s own words. The result is a very rich score exploring new harmonic complexities
. As with Albert Roussel’s Padmâvatî, the Indian director, producer, author and scriptwriter, Vishal Bhardwaj, is responsible for the staging of this mythological tale.

It is, so far, John Adams latest opera, world premiere 2006. 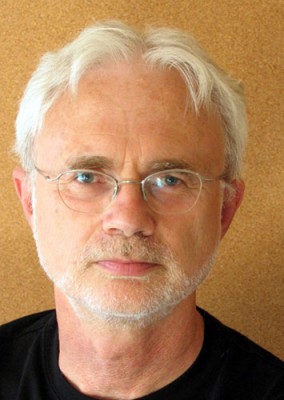 About John Adams and A Flowering Tree: 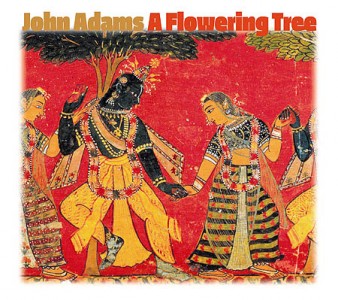 A Flowering Tree is an opera in two acts composed by John Adams with libretto by Adams and Peter Sellars.

It was commissioned by the New Crowned Hope Festival in Vienna, the San Francisco Symphony, the Brabican Centre in London, the Lincoln Center for the Performing Arts, New York and the Berliner Philharmoniker.

The story is based on an ancientIndian folk tale of the same title with translations by Attipat Krishnaswami Ramanuian.  The opera resembles Mozart’s The Magic Flute in some ways; both operas adapt folk tales, in this case one from southern India, “describing a young couple undergoing rituals and trials to discover the transfiguring power of love.” This parallel was intended by the composer as the opera was commissioned to celebrate the 250th anniversary of Mozart’s birth. (1756). It is set for a small cast of three singers (baritone for the narrator, tenor for the prince, and lyric soprano for Kamudha), a large chorus (SATB), and three dancers.

It premiered on 14 November 2006 in the MuseumsQuartier Hall in Vienna with Eric Ovens as the narrator, Russell Thomas as the prince, Jessica Rivera as Kumudha, Orquesta Joven Camerata de Venezuela and the Schola Cantorum de Venezuela all under the direction of John Adams in a production of Peter Sellars as part the New Crowned Hope Festival celebrating the 250th birthday of Wolfgang Amadeus Mozart 27 January 1756.