Butterfly at the Puccini Festival 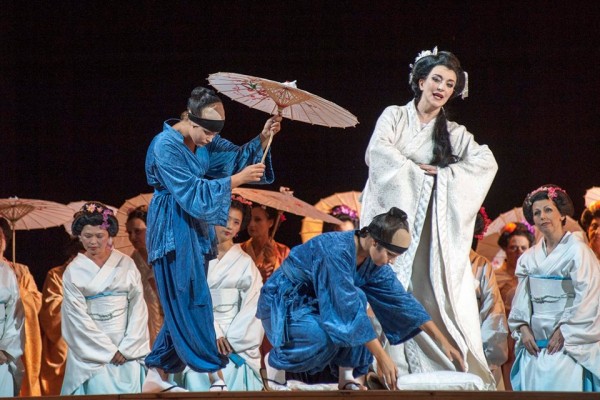 TORRE DEL LAGO/ITALY: This staging of Madama Butterfly, one of the operas in program at Puccini Festival in Torre del Lago, fits in the tradition of the most reassuring normality. Renzo Giacchieri (who is fully responsible for the visual part, also author of essential scenes and nice costumes) imagines a traditional Japan, with streaks of elegance and sophistication in the general setting. 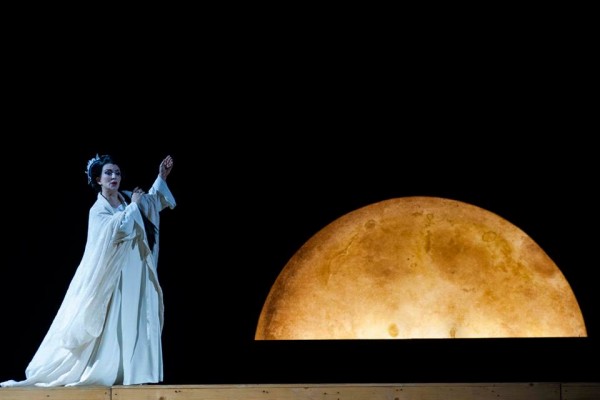 Overall we have to note the general success of the Second Act, visually the better of the three, although with taste lapse in the Humming Chorus sang by the singers, carrying traditional lamps on stage

The idea to show Pinkerton in first scene with a golf-club seems rather superfluous, as well as to show five muscular American sailors Querelle de Brest style accompanying Pinkerton in First Act (Goro shows them pictures of Geishas), an idea not developed in the rest of the opera that brings no advantage to the plot although in its own way curious. 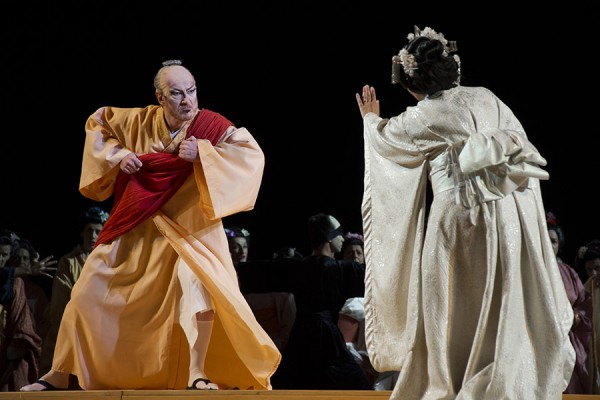 Even more questionable is the dramatization of prelude of Third Act, when director Renzo Giacchieri shows us an hypothetical meeting between Pinkerton, his American wife, Suzuki, the Consul and Dolore, Butterfly’s son. For the rest, quite accurate movements and gestures of the singers, and some visual elegance that has its apex in the scene of the Flower Duet, when the panels that form the background of the stage are turned, showing flowers and colors of spring. 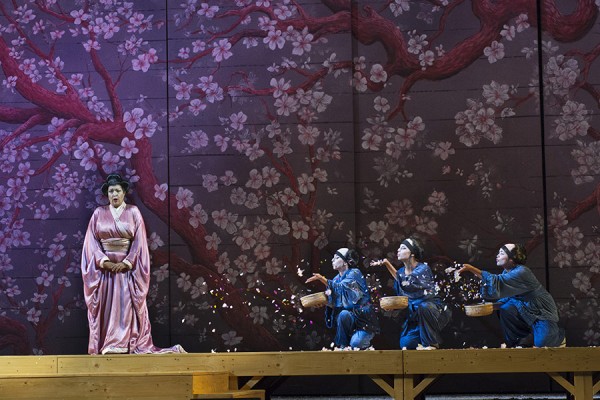 We have already said recently in our review of Tosca about the unhappy idea this year in Torre del Lago to place two large tiring screens, one on either side of the stage.

Overall in this Madama Butterfly in Torre del Lago the scenic side is more interesting than the musical one.

Young conductor Francesco Ivan Ciampa is rather uneven in the intentions and results: he has worrying tension loss, as in the scene of the appearance of the relatives in the First Act, on the contrary other moments are orchestrally well refined and fast-paced, even with sudden vitality. 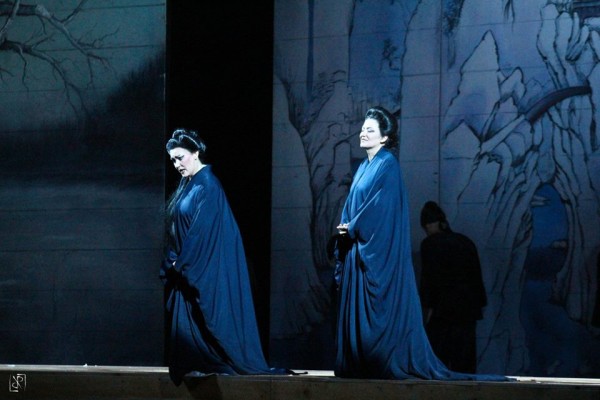 He seems not to have a general view of the work, but on the contrary to proceed page by page. Overall his conducting is more than acceptable, considering that the performance of Orchestra and Coro wasn’t blameless, and also the difficulties of an outside performance with dispersion of orchestral sound above all in First and Third Act, with the background of the stage was open on the lake.

The main character Silvana Froli shows an interesting voice but in a complex and faceted character such as Cio Cio San her interpretation appears rather generic in terms of delineation of the character, although she sings rather well. 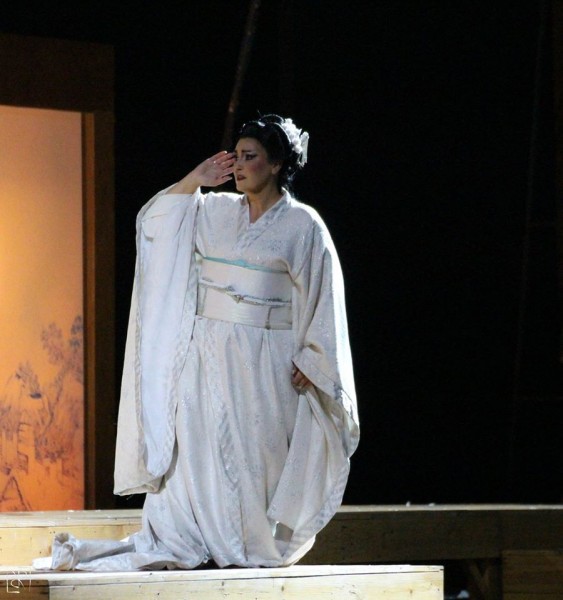 The voice is bright, at certain moments really exciting, but interpretively the singer leaves a good deal to be desired. Mrs Froli tends to extoll lyricism in her vocal delineation to detriment of necessary dramatic lightings, and in moments of dramatic tension did not exactly agree with phonic resolution of conductor Ciampa.

Young tenor Mirko Matarazzo has a “natural” instinctive voice, not too controlled and scarcely refined not to say rough. He’s monotonous in phrasing and vocal colour, credible on stage in the First Act, with its boasting appearance most Mediterranean that American, but vocally is below what would be just a “minimum” standard for the tenor who sings Pinkerton

erections.understanding of the condition, the results of the diagnostic viagra pills.

. Anyhow this character seems for now over his actual possibilities. 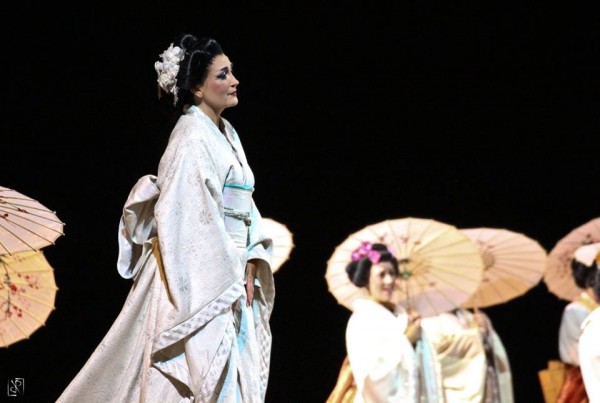 Alberto Mastromarino delineates a “villain” character both scenically and vocally, he is a good-natured not authoritative Consul, shows a dried up voice, poor in harmonics and alarmingly not more well sustained. The baritone too often solves his vocal line with a curious Sprechgesang.
Mezzo Laura Brioli is well as Suzuki, she holds an interesting voice with a beautiful dark colour, that makes an interesting contrast to Mrs Froli’s bright voice. 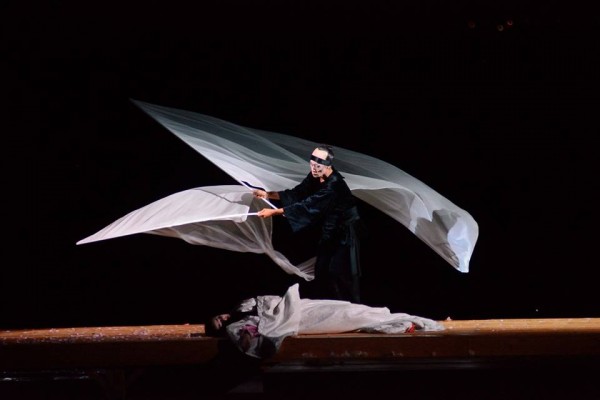 Nicola Pamio as Goro was really generic and out of focus, the other singers were on an average level.

The audience of this performance wasn’t particularly large, giving the singers no more than a courtesy applause, with some lonely dissent.