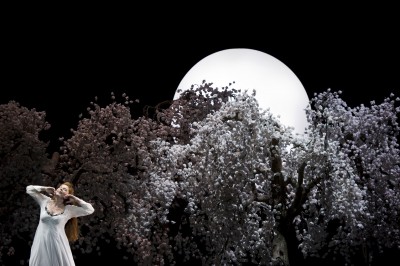 PARIS:  Because of the Richard Wagner jubilee this year. – Richard Wagner was born May 22, 1813, in Leipzig – 200 years for is birth, and died February 13, 1883, in Venice 130 for his dead, – the Opera in Paris revives his Ring of the Nibelungen  from 2010 this spring and summer, first with the four operas one by one, and followed by a fully Ring in June 2013 all conducted by the music chief of Opera de Paris Philippe Jordan.

The first act of  Die Walküre was the hit of the evening. the new singers, since the premiere in 2010, in the three leading roles Siegmund brilliantly sung by Stuart Skelton, Sieglinde, as brilliantly sung by Martina Serafin and the great autoritative bass Günther Groissböck as Hunding was a good trio on stage, and it ws so that you could feel the drama, and the it seemed like the audience the audience sat on the tip of the chairs, not to miss any of the details of the drama that was unfolding before our eyes. Moreover, in order not to miss any of the wonderful song glory that we experienced together. 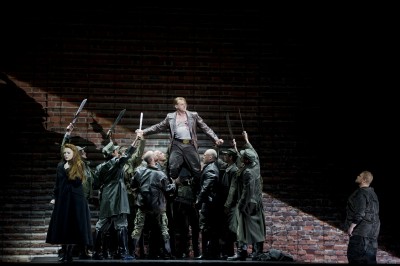 This reminded me of the power that Kirsten Flagstad in her time at hier debut at the Metropolitan Opera in NY. – Flagstad‘s debut at the Met, as Sieglinde in Die Walküre on the afternoon of 2 February 1935, created a sensation, though it was not planned as a special event. – What we experienced this evening in Walkyriens first act with Martina Serafin as Sieglinde and  Stuart Skelton as Siegmund was at this level. Extraordinary. Also a big honour to Philippe Jourdan and the Orchestra of the Opera in Paris for his and their extraordinary musicality.

As mentioned in my review from Das Rheingold a few days ago, it was a pleasure for me to enjoy the Latvian Baryton Egils Silins as Wotan. His exquisite musicianship, beautiful voice, and his stage charisma is perfect for the role of Wotan, the audience believes in him and on his magnificent voice and balanced strength so that his voice is always located directly above the orchestra is a positive plus for this demanding unifying role . Along with Fricka, Sophie Koch, this is a great musical interaction, especially the second act, which lifts it to its high artistic level. 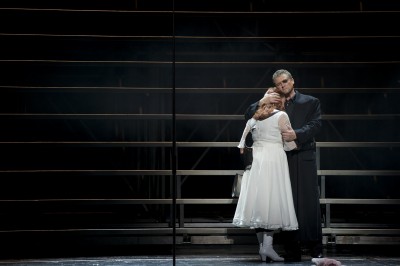 Last but not least Alwyn Mellor as an outstanding Brünnhilde. Powerfull, beautiful, she gave the role a warm feeling fully human depiction in her vacillation between being true to her father Wotan’s desire, as he had been imposed on by Fricka, and the love for his fellow human beings, as her father Wotan has also given her. In addition, she was vocal at the very top and in her collaboration with Wotan I experienced unforgettable beautiful passages.

The director, Günter Krämer, has obviously also want to give spectators something for the eyes, when he put into 18 beautiful naked men in both the first and last act, but unlike other directors, these organized thoughts is not disruptive to the action, they seem like scenographic effects in a positive way. The choreography is well taken care of by Otto Pichler.

The spring and the  threes are working well, the ending of first act is beautiful, the same happens when the same threes are back in second act behind a wall build of the capital letters that forms GERMANY, which is very beautiful lightend up by Diego Leetz. 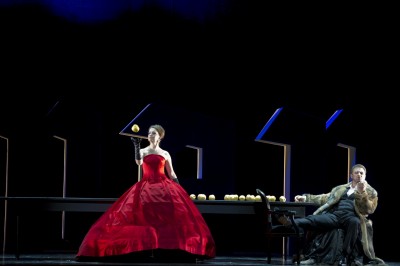 Still, I don´t understand all the scenography, by Jürgen Bäckmann. Especially the big stair construction used Das Rheingold and in Die Walküre. It must have been possible to find something more talented, but of course I see that this is a convenient decoration element, which can impose what the spectator in his own fantasy believe this to imagine.

The costumes, by Falk Bauer, work well, Sophie Koch‘s big red dress is dashing to her role as Fricka.

The orchestra plays enchanting, music director Philippe Jordan has better track of it all this time, as it always will be so demanding and long music that we experience in Richard Wagner’s operas, there is a long maturing process, and it is clear that for one so young music capacity requires a maturing, a maturing, which does not stop at this ring, it will evolve throughout all his career. It seems to me, as though in some passages give themselves more time, as he is in other passages, and gives an even stronger forward operation, which suits the music. All this does not stop the action. It is an experience to listen how beautiful the 6 harps sounds in the last act. The orchestra has an exquisite sound, and it’s good for homogeneity. With great solo musicians. 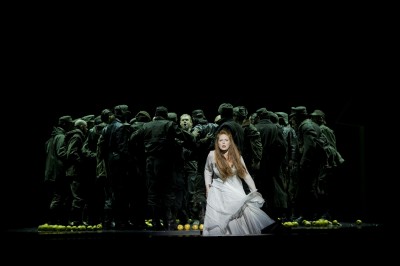 Please also enjoy our review from other Die Walküre in the world: 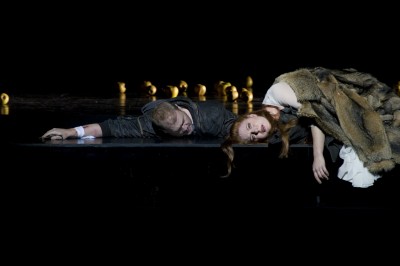 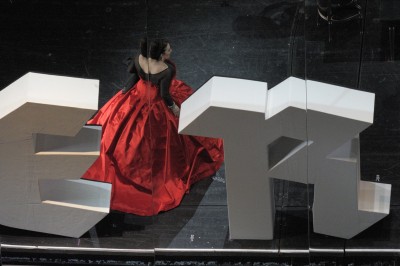 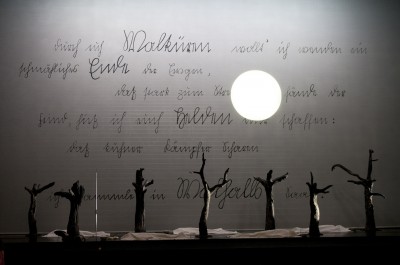 Before the opening of 3rd Act, we are getting this impression. Foto Elisa Haberer