By Henning Høholt on 12/22/14 • Categorized as Uncategorized 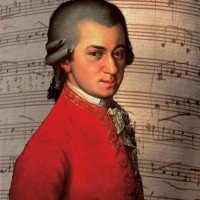 PARIS/FRANCE: La Clemenza di Tito, one of Mozarts operas, admired by a large audience, that we have had the possibility to follow in several productions around in Europe, has now reentered Paris in a production with an interesting cast, staging by Denis Podalydès, including Christian Lacroix costumes, and lead by Jérémie Rhorer has given the possibility for this success production.

Unfortunately, i was missing Rome, Italy, The time of Titus. To me it looked like it was a theatre/drama by Henrik Ibsen, where they have been added songs, text and music by Mozart
. Which was very well made, but it had notthing, except the text, to do with La Clemeneza de Titus. The outlook could be used for the monologue for a traditional Hoffmanns Tales

Antidepressants and tranquilisersPharmacokinetics The pharmacokinetic profile of sildenafil was studied in the mouse, rat, rabbit and dog, the main species used in the preclinical programme. viagra kaufen berlin.

In this matter. I feel that Theatre des Champs Elysees has done wrong. By letting the regisseur  Denis Podalydès make it in his fantasy way, including Christian Lacroix booring costumes, which in one way, were great classic and fitted the scenography perfect, which looked like a hall in a first class hotel, which could be situated anywhere in Europe, the Theatre didn´t help this wonderful Mozart piece and the outstanding cast to tell the audience the real history of La Clemence di Titus, which was what it was trying to do.  It didn´t work. However the audience loved it, and that was due to the good regi and the well prepared singers, who looked and sounded real in their roles, but what we had for our eyes, was not what the text told us. Of course I noticed the musically good use of the choire and the statists in making some of the scenes in the first act, moving in the same tempo as the soloparts, so that when it was fast tempo, the surroinding people were moving in fast tempo, and if slow tempo, it also matched well. That was deliciouse details, but to me it was never Titus.

With La Clemenza di Tito, Mozart comes a few months before his death, the opera seria, a genre he had not practiced since Idomeneo. Composed at the same time as the initiation Magic Flute and shortly before his Requiem, La Clemenza brilliantly illustrates the revival of a directory then declining. Long depreciated against the daring who had success Marriage of Figaro and Don Giovanni (the book enjoyed a late renaissance and its entry in the directory Paris Opera was in 1997), it has yet some more beautiful pages of Mozart. Mercy is offered as a poignant reminder of the humanistic spirit of the composer, which is magnified by dramatic expressiveness musical inventiveness.

Jérémie Rhorer continues with this new Clémence his Mozartian course started there a few seasons with Idomeneo. Passionate love but upset, loyal friendship, political conspiracy and final pardon, cocktails at current everlasting taste that could only seduce Denis Podalydès, playwright lapped the great classical repertoire. It is true that the root shadow is not so far but here humanized entire musical tenderness of a Mozart in full possession of his faculties.

This is the real triumph of the Enlightenment. This is an opera that we should not deny the optimistic target, belief in a sovereign right, taking into account the human weakness, the limits of authority, affirming the legitimacy of the doubt, uncertainty, […] leaves that the crisis is sustainable and agonizing, time slowly can be imposed itself this secular reason, nonviolent, deeply disarmed.
.by Denis Podalydès, from the program presentation.

Historic: La clemenza di Tito (English: The Clemency of Titus), K.621, is an opera seria in two acts composed by Wolfgang Amadeus Mozart to an Italian libretto by Caterino Mazzolà, after Metastasio. It was started after the bulk of The Magic Flute, the last opera that Mozart worked on, was already written (Mozart completed The Magic Flute after the Prague premiere of Tito on 6 September 1791).

In July 1791, the last year of his life, Mozart was already well advanced in writing The Magic Flute when he was asked to compose an opera seria. The commission came from the impresario Domenico Guardasoni, who lived in Prague and who had been charged by the Estate of Bohemia with providing a new work to celebrate the coronation of Leopold II, Holy Roman Emperor as King of Bohemia. The ceremony was to take place on 6 September; Guardasoni had been approached about the opera in June. There was not much room to manoeuvre

. The premiere took place a few hours after Leopold’s coronation. The role of Sesto was taken by castrato soprano, Domenico Bedini. The opera was first performed publicly on 6 September 1791 at the Estates Theatre in Prague. The opera remained popular for many years after Mozart’s death. It was the first Mozart opera to reach London, receiving its première there at His Majesty’s Theatre on 27 March 1806.