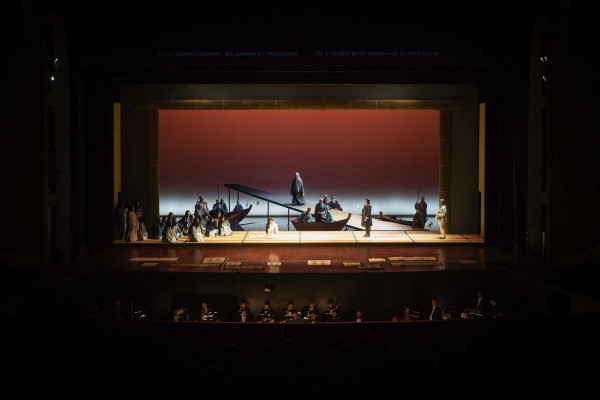 FIRENZE/ITALY: First of all a clarification for Kulturkompasset readers, following a surely correct and shared decision coming from the new Superintendent Mr Cristiano Chiarot, the “Teatro dell’Opera di Firenze” is called from now on “Teatro del Maggio Musicale Fiorentino”, so incorporating in its name a right quote of the most important and prestigious Italian Festival dating since 1933, hosted in the old abandoned Teatro Comunale until to the construction of the current Theater in 2011. So intending to point out continuity between the historic Festival and the current (though architecturally rather controversial) House. 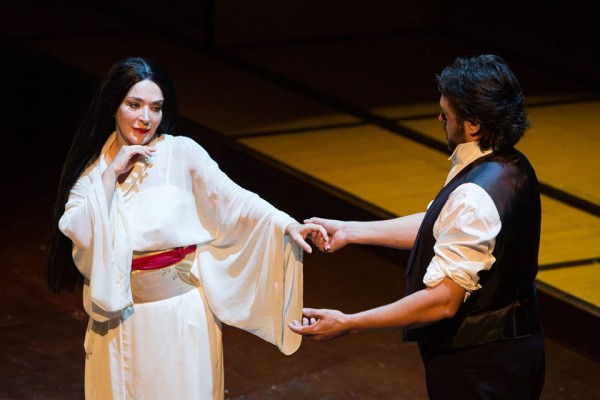 As in the program of this September 2017 under the title “Passione Puccini” three very well-known Puccinian operas are staged in less than a month. The first one is Madama Butterfly (La Bohéme and Tosca will follow within a few days) for which the successful minimalist setting by Fabio Ceresa just seen in Florence two years ago is re-staged
.

We already reviewed that interesting visual edition for Kulturkompasset with these words, that we completely confirm: “First of all the visual part of this performance, minimalist and very impressive, by director Fabio Ceresa must be praised, with the […] essential scenes of Tiziano Santi (only some sliding panels in the back side of the stage space, only with a few others scenic elements added, such as some little furniture, or lamps) while Japan is rebuilt almost exclusively by the beautiful costumes of Tommaso Lagattolla. The story takes place in its traditional time, only with a few liberties from the libretto (the house of Butterfly is as everyone knows on a hill, yet small boats come and go in the background in the first two acts…). 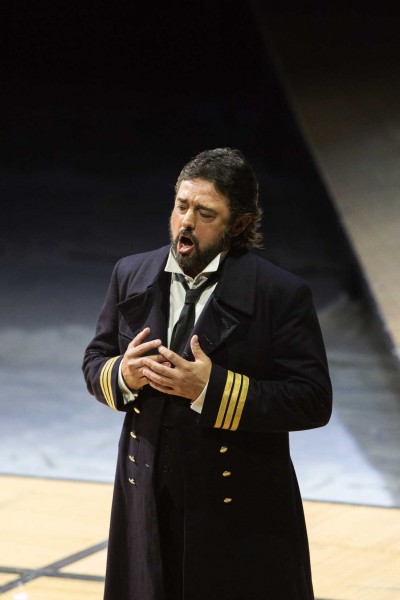 The acting of the singers is really attentive, and a great importance is taken by the character of Suzuki, an old and hieratic woman, with long white hair, almost always on stage, also busy in writing mysterious ideograms (she gives Butterfly the sword for the ritual of hara-kiri), custodian of tradition and confidant of Butterfly, very marked by life and pain.”

Compared to two years ago the cast has changed.

Conductor Francesco Pasqualetti appears too strict and schematic, never pandering Puccini’s bewitching melodies and above all (at least this was the distinct feeling from my theater armchair) overpowering the singers and making them in trouble. He goes better in the second and third act and occasionally finds acceptable acoustic solutions when Puccini’s languange becomes more tense and dramatic. 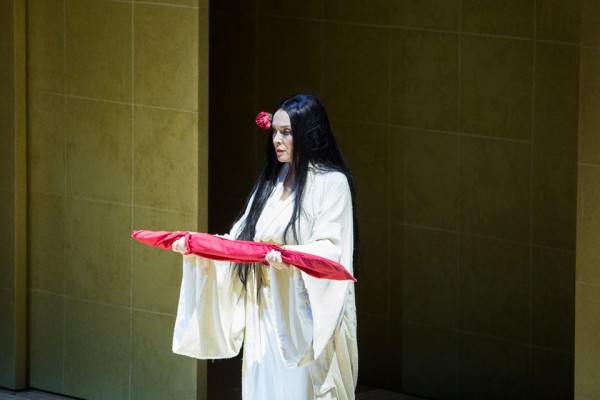 Italian soprano Donata D’Annunzio Lombardi is familiar since several years with Cio-Cio-San so knows well vocal writing and expressive facets of the character of the unlucky Japanese geisha. The voice is not of great volume and this can be a problem in the most intense moments but it is always used with intelligence
. The singer compensate her vocal limits with skill and incisiveness of phrasing, her voice is more beautiful and round in the medium register, and apart some a little less successful notes and some little intonation problems her performance must be appreciated with no doubt.

Tenor Antonio Gandia shows an uniform voice throughout the whole range, certainly he doesn’t sport a great volume but a rather well educated and fairly correct vocal instrument. He lacks of the melodic expansion which is absolutely necessary in Puccini and sports a rather monotonous and predictable phrasing, but overall his character comes out in its salient features.
Francesco Verna is a Sharpless vocally quite anonymous and with a rather nebulous pronunciation.

Annunziata Vestri is a really great Suzuki, the singer is very expert in her role and sports a lush voice, furthermore in this setting by Mr Ceresa exhibits also an interesting almost disturbing scenic presence. We can only reprove some loud “chest” notes in the lower register but it’s really little, the Italian mezzo sang really well. 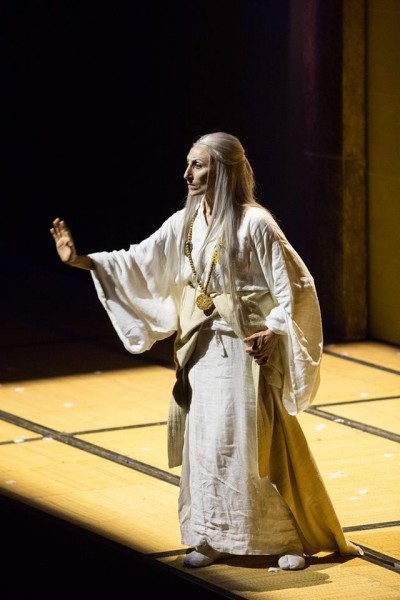 Roberto Covatta was a good enough Goro, and overall all the minor characters were of a more than acceptable level.

The Orchestra del Maggio Musicale Fiorentino followed well the conductor (as said the problems seemed rather to come from him and not from the orchestra’s quality) and the Choir trained by Lorenzo Fratini was really good.

Overall it wasn’t a performance for an undemanding audience but having a musical of a certain level interest especially with regard to the female cast, a good beginning of the small cycle of three Puccini’s hugely popular operas in Florence which got a great success from the rather large audience.