Rosmonda d’Inghilterra by Donizetti in Florence

Rosmonda d’Inghilterra by Donizetti in Florence

FIRENZE/ITALY: Rosmonda d’Inghilterra is an almost unknown opera written by Donizetti in 1834 just after Lucrezia Borgia for the Teatro alla Pergola in Florence, apparently staged again only in Livorno some years later

. Its more famous aria, “Perché non ho del vento”, that everyone knows performed at least by Joan Sutherland and Beverly Sills, barely survived in the repertoire. It is an inspired page, followed by an elegant and beautiful cabaletta “Torna, ah! torna, o caro oggetto” and in some perfomances it was even sung instead of Lucia di Lammermoor’s cavatina. 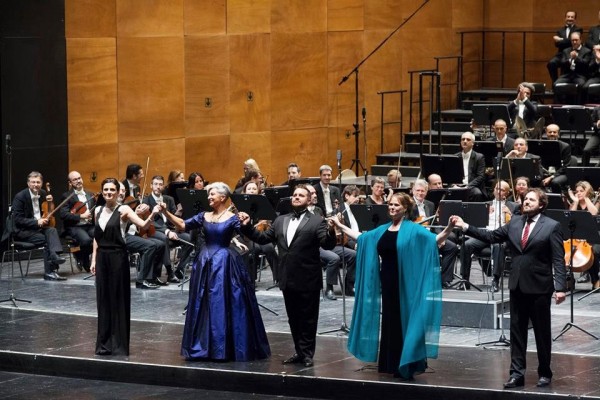 The famous soprano Fanny Tacchinardi, famous composer Giuseppe Persiani‘s wife, was the main character at the Florentine premiere in 1834, and the great tenor Gilbert Duprez sang the challenging role of King Henry II.

The performance under review is the premiere of the opera given in the critical revision by Alberto Sonzogni and based on the original score. It is in partnership with the Festival Donizetti in Bergamo, and as a matter of fact Rosmonda d’Inghilterra will be performed (finally in scenic form) in Bergamo next November.

Although this opera is now presented in Florence in concert form, we can note that it looks a bit uneven and only occasionally shows a melodic rich inventive
. Probably we can say that the “routine work” surpasses the ideas, even if there are precious pages, but as a whole this exhumation isn’t useless, even if the enjoyment and comprehension of Rosmonda d’Inghilterra would have certainly benefited from a real staging. Anyhow these Florentine performances could take advantage from an homogeneous and globally respectable vocal cast. The libretto by Felice Romani, who had already been set to music by other composers, is also used by Donizetti for his opera although with some changes in the plot that tells the story of King Henry II whose love is disputed between two women, Rosmonda and Queen Leonora, which at the end of the opera will stab her rival to death.

Soprano Jessica Pratt faces the musically quite difficult character of Rosmonda resolving it in her own way, that is emphasizing the virtuoso side with high notes and variations (even too many, and not all excellently performed) to the detriment of deepening the character’s personality, which turns out to be a bit too monolithic and slightly faceted, moreover vocally fairly poor in the middle and lower register. The pathetic moments are pretty well centered but without moving too much the listeners, while the virtuoso side (sometimes an end in itself) which is the “strong point” of the soprano is enhanced to the maximum. Maybe in the next staging in Bergamo in November Ms

evaluation of ED. cialis generic Appropriate therapy in the presence of a documented.

. Pratt will have deepened her character, aided by the scenic part that here in Florence as said was missing.

The tenor Michael Spyres in the role of Henry II, the character to which Donizetti entrusts a vocal part which, while not exceedingly difficult, was challenging enough, was surely more interesting
. Useless to say how much the young American tenor is at ease in this kind of musical writing with its bright and technically impeccable voice, able to convey emotions and vibrations to the audience with his legato expressiveness and soft attacks. Apart the purely technical side Mr Spyres is always able to give a sense to what is singing, all with an apparent and admirable ease.

The character of Queen Leonora is the soprano Eva Mei who has found a vocal volume and intensity of accents entirely suitable and perhaps unexpected for a rather light voice like hers. Sometimes she gave the impression to force the voice, and was certainly more effective in the first act than in the second.

Nicola Ulivieri was Clifford and sang with few nuances but in the whole was more than reliable both on the strictly vocal side both in delineating his character.

Raffaella Lupinacci in the role en travesti of Arturo was really convincing. The young mezzo sports a lush and seductive voice, excellent technique and great effectiveness in singing. We are confident that she will give us satisfaction in the coming years in less marginal roles than Arturo in Rosmonda d’Inghilterra. 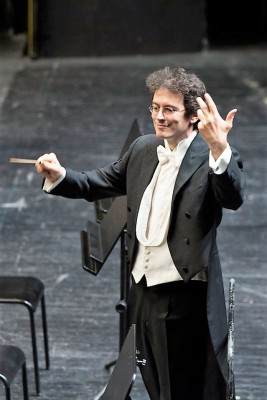 The conductor Sebastiano Rolli faces this opera with decision and great knowledge of the score (even memorized, as if it were an opera of the great repertoire). He holds well under control the ensembles and accompanies the singers with precision and good taste.

The Orchestra and Chorus of the Maggio Musicale Fiorentino, the latter directed as usual by Lorenzo Fratini, were quite admirable.
The large Florentine audience reserved a warm success to everyone.