SALOME -Visually and musically a hit for Stephan Herheim in Salzburg – In Oslo 25. May – 23. June. 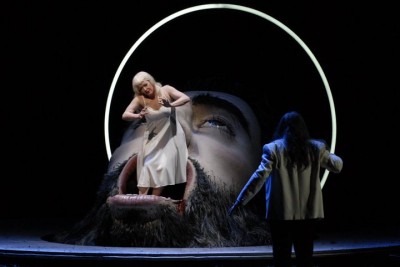 SALOME – Stephan Herheims Salome in  production from Salzburg Easter Festspiele is a co production with Oslo.

In Oslo Salome will be conducted by John Fiore.

Therefore we are repeating our review with spectacular photos from Salzburg 2011: 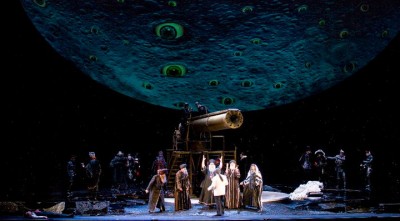 Spectacular scenography by Heike Scheele in Salome. the telescope is also a gun, and it’s also a phallic symbol. Photo: Forster, Salzburg 2011

SALZBURG: The Easter Festival premiere of Richard Strauss opera Salome with EMILY MAGEE  in the titelrole,

The Berliner Philharmonikerand outstanding international soloists conducted by Sir Simon Rattle is visually and musically a big success for the regissoer Stephan Herheim and the Easter Festival in Salzburg.

Spite in that there were a lot of buing and too of bravos at the Grosses Festspielhaus in Salzburg. It was a success for the Festival, the whole cast, Simon Rattle and the Berliner Philharmoniker, and for Stefan Herheim, it sounded extraordinary well, 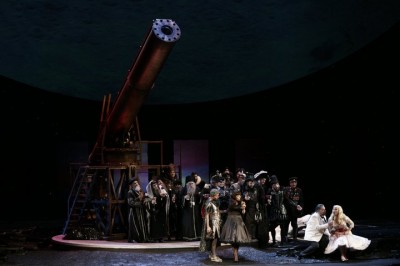 From the scenography to Salome, an enormouse telescope, which can be usefull in many ways. Photo: Monika & Karl Forster, Salzburg 2011

But regarding the taste of operas, there will always be some one who love a renewing and some one who hate is

. I am one of them who deeply dislike when a regissor is spoiling an old beautiful opera wih untaste renewing, which dont work out. But that is not the case in any of the productinóns i have seen done by Stefan Herheim and his outstanding staff, situated in Berlin.

The Stefan Herheim team has a good visually taste, and since they are making expensive productions for world famouse houses who can afford to pay the equipement, Herheims productions are successfully. Such as the latest ones, his Julius Caesar, Tannhäuser and Lulu, all renewed without spoiling the history, and now this demanding, visually and musically great Salome. 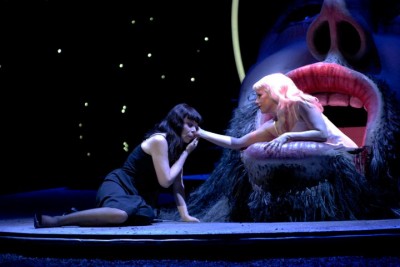 From the scenography to Salome, an enorm head of Jochanaan, Photo: Forster, Salzburg. 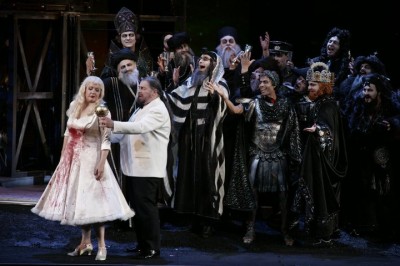 As this is a co-production with Norwegian Opera & Ballet, Oslo, The norwegian audience can dearly be looking forward to see it when it will be premiered at theNorwegian National Opera, Oslo spring 2013.