Tosca with HUI He in Lucca

Tosca with HUI He in Lucca 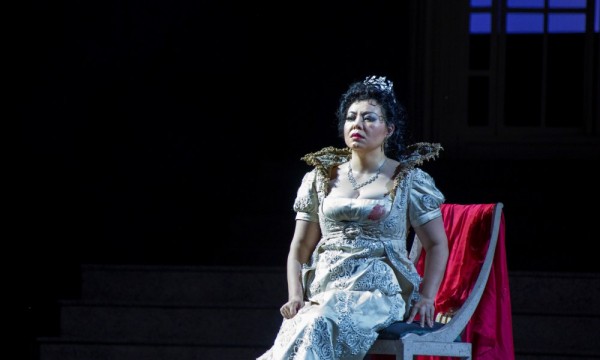 LUCCA/ITALY: Only for this first performance in occasion of the “return” of Tosca on stage of the open air Theater in Torre del Lago Puccini the main character is Hui He, and undoubtedly the curiosity and the waiting to listen to the famous Chinese soprano was great among the audience that gathered on the banks of the lake so dear to the composer. But apart from Ms He’s performance we must also admit that unfortunately it was a problematic performance. 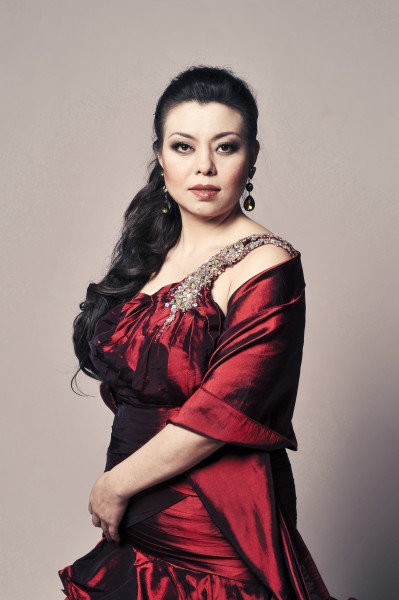 Hui He, foto by http://zemskygreenartists.com

Hui He is a soprano with a basically lyrical beautiful refined sumptuous voice especially in the medium showing as her weak point the low register which is not well sustained and surely less interesting. She doesn’t sport a great volume of voice although in the open air performances this seems hard to judge
. Moreover her predominantly lyrical nature brings her as natural to accentuate the evocative and dreamy side of her character. She shows some intonation problems but also sure top notes in the register where her voice becomes less appealing, the high C of “la lama” is boldly faced, her acting is good and credible and overall the character of “famous Italian singer” Floria Tosca comes out really well and with an indubitable style.

Dario Di Vietri, sligthly older than 30 years of age, in a challenging part as Cavaradossi sounds worn out
. He sports a smallish and poorly supported voice, and unfortunately showing off some high notes is not enough to resolve the vocal writing of his character. Adding an apparently lacking personal involvement in what he sings, a quite monotonous phrasing, some manifest intonation problems and a very unattractive acting we can easily understand why at the end of the opera he was also booed.

The voice of baritone Alberto Gazale with the years has unfortunately lost in beauty and overtones, surely must be highlighted his acting more than credible (although his character Scarpia is delineated in a less terrible and authoritative way than expected) as well as the various misunderstandings with the director.

The other singers were on medium level.

Conductor Dejan Savic was a real “weak ring” of the evening, with his catatonic and absolutely anti-theatrical pacing and problematic understanding with the stage, he seems really quite allergic to Puccini’s musical writing theatricality and refinements.

The orchestra was in very poor state, really in a problematic evening, but naturally we can’t make a ranking of conductor’s and orchestra’s demerits
. The chorus was in good shape.

As a result of a re-staging of the performance seen at Torre del Lago Theater last year, about the visual part by director Enrico Vanzina we report what we wrote on that occasion for Kulturkompasset that we fully confirm: “We saw almost nothing of directing, the scene of the Te Deum was really disappointing, the end of the third act turned to involuntary comedy for a projection on the background of the stage of Tosca coming down from the Castel Sant’Angelo in slow motion..

. For the rest, the singers were acting as they wanted, who better or worse, and the stage director’s hand was not really view.”

As a whole it was a Tosca for undemanding tourists and as a matter of fact tourists were the main component of the audience of this unmemorable performance.

Please enjoy other reviews about Hui He in Kulturkompasset: