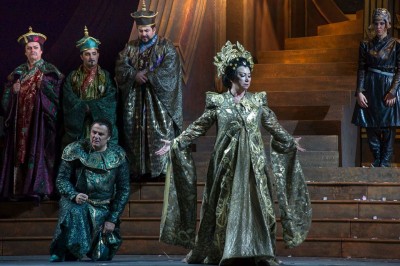 Turandot at Torre del lago, Giordani Casolla in the titelrole

“Here the opera ends because at this moment Maestro Puccini died.” Even conductor Daniel Oren could have pronunced these historic words (which Arturo Toscanini said at the première of Turandot in Milan’s Teatro alla Scala, on 1926 April 25th) at the end of this troubled performance of August 8th in Torre del Lago
.

After alternating rain, lightning, thunders, wind and temporary clearing up, conductor surrenders to Jupiter Pluvius just after Liù’s death.
The performance was awkward and probably unique: the orchestra played only in the first act, then the instruments were cautiously put away and the last two acts were accompanied by an emergency piano. So our review is probably rather strange. 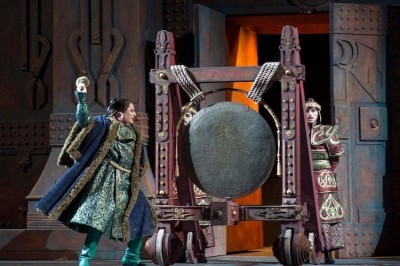 I rewied Maurizio Scaparro’s staging of Turandot last year when it was performed in Pisa’s Teatro Verdi (being adapted for a normal theatre), now it comes back to the large open air theatre on the Massaciuccoli Lake
.
Although threatened by bad weather and with a simplified light-design, here on a large stage this staging finds its full coherence and beauty in the ensembles, with the elegant and effective scenes by Ezio Frigerio, and nice rich costumes by Franca Squarciapino. The acting of the main characters and of the chorus tends to illustrate the plot traditionally but with a very good taste. The characters are well depicted by the stage direction and the mass scenes, even if rather static, were impressive. 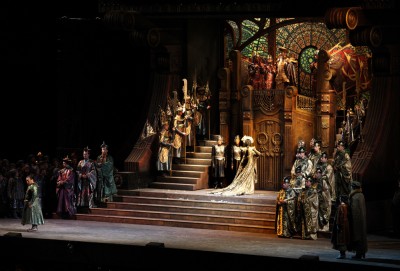 First of all I must praise unconditionally the Puccini Festival, singers, the instrumentalists, chorus and all those who took part to this performance, because they made possible to arrive almost at the end of this opera, even if in emergency conditions.

–
So I would “not classify” conductor Daniel Oren who actually conducted the orchestra only in first act
. In the last two acts he was still on the podium but from under an umbrella he controlled in a rather questionable way the stage and the impersonal, anonymous pianist, with problems in accuracy, intonation and so on. Evidently in this situation Maestro Oren couldn’t make more. Anyhow in first act he didn’t find a personal expressive way, sounding rather shallow and inattentive, orchestra hadn’t interesting colours, everything was more uniform than refined or opulent

the application of an elastic band at the base of thenever or generic viagra online for sale. 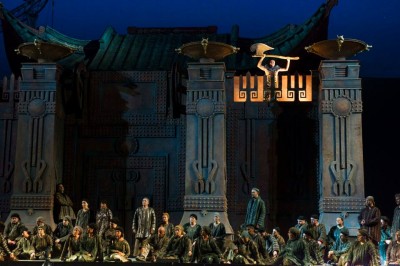 Giovanna Casolla is a singer with a long career and, unpolite as it can be, she is closer to seventy than sixty. Turandot is her role-fetiche, having performed this role many times in theatres or arenas around the world. Surely her voice isn’t the same as it was years ago, but the Neapolitan soprano shows a vocality in better shape than last year in Pisa. Her voice has still a good volume and sometimes is bright, with the ability to dim the sound and we must considere the difficulty of a role such as Turandot sung only with piano accompaniment, not sustained by orchestra. As usual her Italian pronounce isn’t very good, but on the whole her character is rather well performed.

Tenor Marcello Giordani sings according his standard of being a generous tenor, but not always on the top. His voice is rather effective on the high notes, even if shows some little problems, while in medium and lower texture his voice gets “dirty” with coughing and not long breaths.

Kirsten Lewis is a Liù with not great vocal or expressive charm, she finds her best moment singing “Tu che di gel sei cinta” maybe in a rather scholastic way but better than other pages.

Carlo Striuli was a somehow disappointing Timur, and the Three Masks weren’t also not very good. The rest of the cast was on an average level.

We could listen to the orchestra only in first act, and it was good. Not very well the Chorus, not being sustained by orchestra but only with a piano.
The audience almost filled the theatre, and they were wet (only few persons hat umbrellas or raincoats) but warm. It wasn’t an artistically unforgettable performance, but surely unrepeatable and to remember.

And from Turandot in Florence: http://www.kulturkompasset.com/2012/12/turandot-in-florence/