By Henning Høholt on 5/08/12 • Categorized as Classical music 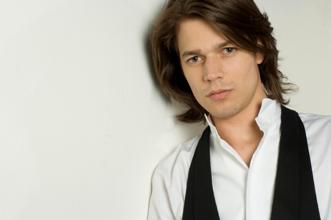 PARIS: With David Fray as pianosolist in Ludwig van Beethovens 3rd pianoconcert at Theatre des Champs Elysees started The Deutsche Kammerphilharmonie Bremen their tour bringing them to Istanbul, Amsterdam, Lissabon and ending up in Hamburg with an interesting program with great variations, where the Beethoven 3rd piano concerto together with Franz Schuberts Symphoni no 3, are the highlights. Conductor is Trevor Pincock.

It all opened with CPE Bachs symphoni no. and the second part started with Joseph Haydns Ouverture to

Hovever it was David Fray and his wonderful performance of Beethovens 3rd pianoconcert who became the abosolute highlight of the concert. David Fray has an extraordinary musically feeling, that he cooperated with the orchestra and  the conductor with, so it became  an extraordinary experience. Furthermore the many outstanding orchestral soloparts, and in cooperation with the piano soloist lifted it all up to being of high international class.

The Piano Concerto No. 3 in C minor, Opus 37, was composed by Ludwig van Beethoven in 1800 and was first performed on 5 April 1803, with the composer as soloist. During that same performance, the Second Symphony and the oratorio Christ on the Mount of Olives were also debuted. The composition was dedicated to Prince Louis Ferdinand of Prussia. The first primary theme is reminiscent of that of Mozart´s 24th Piano Concerto.

In fact for the first performance. The score was incomplete. Beethoven’s friend, Ignaz von Seyfried, who turned the pages of the music for him that night, later wrote: “I saw almost nothing but empty pages; at the most, on one page or another a few Egyptian hieroglyphs wholly unintelligible to me were scribbled down to serve as clues for him; for he played nearly all the solo part from memory since, as was so often the case, he had not had time to set it all down on paper”.

As standard for the Classical/Romantic-era concertos, the work is in three movements: I. Allegro con brio. II. Largo II. Rondo. Allegro.

The first movement makes forceful use of the theme (direct and indirect) throughout. In the orchestral exposition, the theme is introduced by the strings, and used throughout the movement developed several times. The opening movement is spare, almost hungry, tight in structure, tensely dramatic, with sharp rhythmical contrasts. The E major slow movement is among Beethoven’s most beautiful, a music of depths, sensuous yet, in the long suspended transitions, ethereal as well.In the third section (second subject), the Clarinet introduces the second main theme, which is in the relative major key, E flat major. The piano enters with an ascending scale motif. The structure of the exposition in the piano solo is similar to that of the orchestral exposition. it developes when the piano enters, playing similar scales used in the beginning of the second exposition, this time in D major rather than c minor. The music is generally quiet. Recapitulation The orchestra restates the theme in fortissimo, with the wind instruments responding by building up a minor 9th chord as in the exposition. For the return of the second subject, Beethoven modulates to the tonic major, C major

. A dark transition to the cadenza occurs, immediately switching from C Major to C Minor. Beethoven wrote one cadenza for this movement. The cadenza Beethoven wrote is at times stormy and ends on a series of trills that calm down to pianissimo, these trills was brilliantly performed by David Fray.

In the Coda Beethoven subverts the expectation of a return to the tonic at the end of the cadenza by prolonging the final trill and eventually arriving on a dominant seventh. The piano plays a series of arpeggios before the music settles into the home key of c minor
. Then the music intensifies before a full tutti occurs, followed by the piano playing descending arpeggios, the ascending scale from the second exposition, and finally a resolute ending on C. It was a pleasure to enjoy the deliciouse cooperation between the pianist and the soloists in the orchestra. Psecilally with the bassoon soloist. For me it sounds like this size orchestra is close to being perfect for this Beethoven pianoconcert, that gave a great balance. 23 strings, 7 first violins, 6 second, 4 bratch, 4 celli and two bases. Trevor Pincock had the first class feeling of the cooperation with and the coordination between the tempis in the piano and the orchestra, it wored very well.

The entusiastic applause was honoured with two encores.

David Fray was born in 1981 and began the piano when he was 4 years old. He worked with Jacques Rouvier at the Conservatoire National Supérieur de Musique de Paris, and graduated with top honours. He has received numerous prizes and awards including a prize and a grant by the Banque Populaire, the Diploma of Outstanding Merit at the Fifth International HamamatsuCompetition in Japan; the Jeune soliste de l’année (Young Soloist of the Year) award, the most important prize awarded by the Commission des radios publiques de langue française ; the Feydeau de Brou Saint Paul grant and the Révélation classique (Classical discovery) prize from ADAMI. At the 2004 Montreal International Music Competition, David Fray received both the Second Grand Prize, and the Prize for the best interpretation of an imposed Canadian work. As a direct reward for his success in this competition, ATMA Classique released his first CD (Liszt and Schubert).