By Henning Høholt on 4/09/12 • Categorized as Classical music

Norwegian pianist Leif Ove Andsnes is touring Europe celebrating the 25 years since his debut, and he has given a very beautiful concert in Florence in Teatro della Pergola, filled up with enthusiastic audience. 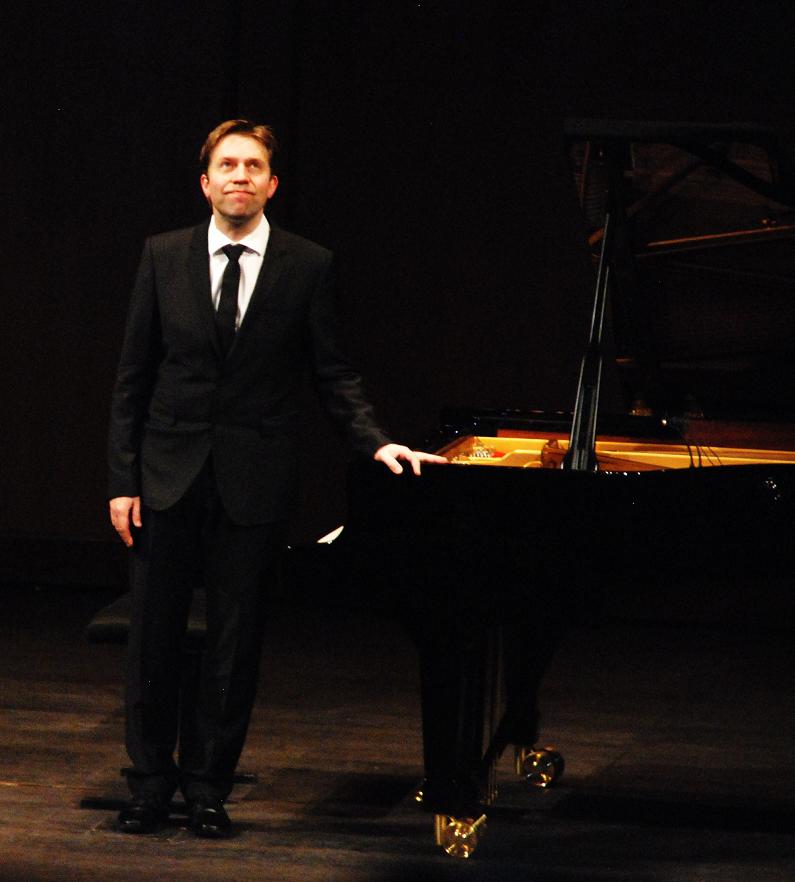 Although Leif Ove Andsnes is  may be not so well known in Italy, he has played in many countries, and his large discography offers a wide repertoire, from Bach to twentieth century composers.

The program presented in this celebrative occasion is quite varied, a sign of his intellectual curiosity
.

As a matter of fact (as the pianist himself has stated), it represents a summa of diverse but for him equally important works: a summa of works he studied and played at the beginning of his career and others that he particularly loves, as well as a composer, Bartòk, whose concerts with orchestra and chamber music he has performed above all.

Andsnes’ technique is almost perfect, but he doesn’t display it just for the sake of eliciting ovations that are an end in themselves.

His touch is allways beautiful, elegant,  firm, varied and quite expressive.

But if the whole concert was remarkably admirable, the highest point was perhaps Bartòk’s Suite for piano op. 14, which I had never heard before so full of life and meaningful; the third movement was specially impressive, performed with a deep sense of rhythm and musical colours.

Andsnes‘ Debussy was splendid, with his incessant chromatic research in Reflects dans l’eau and an extraordinary expressive restraint in Hommage à Rameau.

The second part of the concert was entirely devoted to Chopin, with a sort of an anthology that included some of his most renowned pages. Among the selection I was specially impressed by the Waltzes where the Norwegian pianist showed an extraordinary sense of rhythm. No need to say that all the rest of his Chopin was however performed with taste, always choosing the right mood and never failing to capture the audience.

In the whole, it turned out to be a wonderful afternoon of music, a high class concert, and we really hope that we will have more occasions to hear more often again this young musician, who has already a firm place among the greatest in today’s piano world.

At the end, the large, albeit a bit too noisy audience filling the Teatro della Pergola, bestowed an authentic ovation on Leif Ove Andnes, who rewarded them with three splendid encores.

perceptions should also be sought since they may have anabout ED. Not one of the main organic risk factors is How long does sildenafil last?.