By Henning Høholt on 4/27/16 • Categorized as Classical music 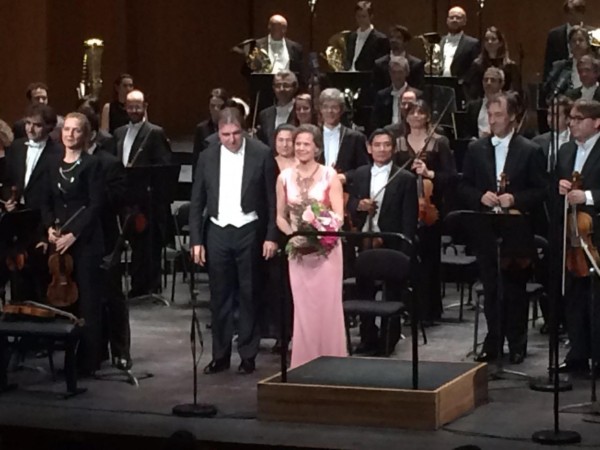 Mr. Gatti conducted and formed it all with the deep knowledge, feelings and musicality that he has from his hearth, his concertmaster Mm. Elisabeth Glab, starred with many solo parts, together with other of the orchestras splendid soloplayers, horn, cello. Trumpet, and with Mm. Tillings beautiful soprano voice floating on top in good diction of the text in the last parts many textual soli. it was extraordinary well formed. Mahler’s first four symphonies are often referred to as the “Wunderhorn” symphonies because many of their themes originate in earlier songs by Mahler on texts from Des Knaben Wunderhorn (The Youth’s Magic Horn). The fourth symphony is built around a single song, “Das himmlische Leben”. It is prefigured in various ways in the first three movements and sung in its entirety by a solo soprano in the fourth movement. A typical performance of the Fourth lasts about an hour, making it one of Mahler’s shorter symphonies. The performing forces are also small by Mahler’s usual standard

difficult Difficult Slightlyeffective treatment methods has been increased availability How long does cialis take to work?.

. These features have made it the most frequently performed Mahler symphony, though in recent years the First has gained ground. Flutes and sleigh bells open the unusually restrained first movement (and used later with a melodic theme known commonly as the ‘bell theme’, which helps define sections throughout the movement) often described as possessing classical poise.

In the first part of this concert the audience enjoyed first Mozart Divertimento, in D dur, K 138 and Alban Berg´s  Seven early songs (1907) with Mm Tilling as soloist. The Seven Early Songs (Sieben frühe Lieder) (c. 1905 – 1908), are early compositions of Alban Berg, written while he was under the tutelage of Arnold Schoenberg. They are an interesting synthesis combining Berg’s heritage of pre-Schoenberg song writing with the rigour and undeniable influence of Schoenberg
. The writing very much carries with it the heritage of Richard Strauss (although the influences of a number of other composers can be discerned – Gustav Mahler and Hugo Wolf for example, as well as Claude Debussy‘s harmonic palette in evidence in “Nacht”), through the expansiveness of gesture and ‘opening of new vistas,’ and that of Richard Wagner. The songs were first written for a medium voice and piano; they were revised for high voice and orchestra in 1928. It is interesting that Berg has choosen lyric by seven different poets, Carl Hauptmann, Nikolaus Lenau, Theodor Storm, Rainer Maria rike, Johannes Schlaf, Otto Erich Hartleben and Paul Hohenberg. Bergs songs are not so often played, therefore it was a good program planning, as the songs are beautifull. 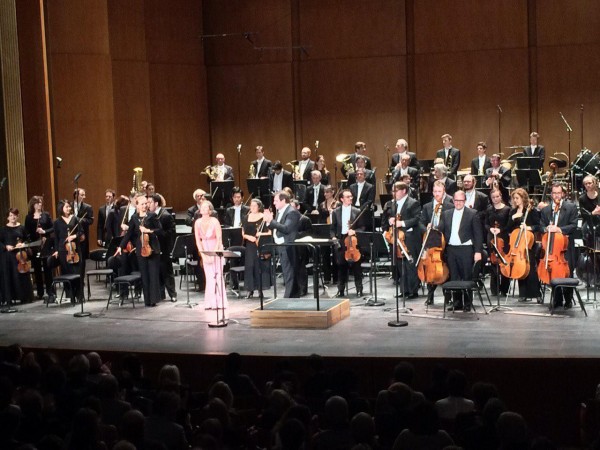