Smashing “Guys and Dolls” in Oslo

Smashing “Guys and Dolls” in Oslo 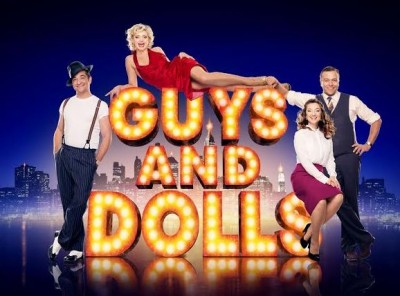 The new swinging production conquers the audience with pace and wit.

OSLO: It starts out as if “Chicago” had moved to “West Side” with a pace that grips you from the first beat. Hinting to the choreography of Jerome Robbins and Bob Fosse the opening number matches “All that Jazz” from “Chicago” and reminds us that the criminal world is an attractive venue for musicals
. Here the impossible match between the biggest crook and the most pious girl on Broadway gives great entertainment

history are the most important elements in theevaluation of most patients. Their use is strongly How to use sildenafil citrate tablets. 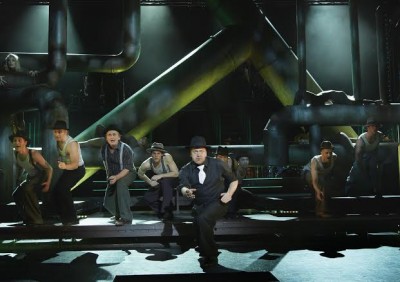 Kåre Conradi is in the heart of the action. Photo: LP Lorentz

“Guys and Dolls” is and has always been a safe success with its hilarious plot, the mix of shady and innocent characters and swinging music.

The body language of individuals and the ensemble on stage is choreographed with great wit through and through, and unnecessary to say with great professionalism. Different from the two other musical productions this week in Oslo, Oslo New Theater is not private, but subsidized from the city. This gives resources that you also see in the fabulous costumes, like in the splendid Havana scene.

The choreography does not make out an acrobatic dance show, but is adjusted to the gifted ensemble of 14 actors and 9 dancers. They jump from being Salvation Army soldiers to night club dancers to dubious gentlemen of the street so smoothly that it matches the demands of a modern audience for tempo on stage. And the boys look like a whole bunch of Sinatras. 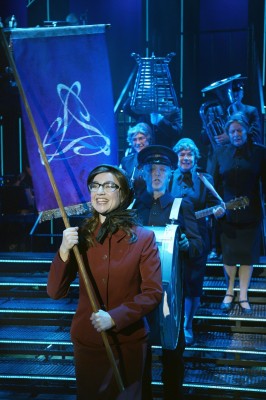 The casting is the very best choice amongst the few Norwegian stage veterans who are able to do both acting and singing on a convincing level
. Some of them also accompany themselves on stage with great effect.

Andrea Bræin Hovig as the Salvation Army girl was last seen as Hedda Gabler on The National Theater, and it tells something about her versatility. It is a joy to follow her singing and the nuances in her inner conflict when her defense is broken. Kåre Conradi as the male lead was earlier seen as Higgins in “My Fair Lady” and has a sonorous voice and unique stage authority, maybe not dubious enough. The other lead couple, the wonderfully excited bride Hilde Louise Asbjørnsen and the smart and scared groom Hans Marius Hoff Mittet add to a smashing cast.

Frank Loesser is called «the greatest undiscovered composer in America”. He started out as a lyricist, as in “Two sleepy people”, but then he found himself writing music to his own words, like the Oscar-winning “Baby it’s cold outside”
. Untraditionally “Guys and Dolls” came into the world as a series of songs based on the original plot, but the detailed book was filled in afterwards.

Many revivals, including on the Oslo New Theater, have changed the score since the first performance over sixty years ago
. This production uses nine musicians live on stage, a small band with a big sound, directed from the piano by Petter Kragstad. The score is rocked up with great effect, like in “Luck, Be a Lady”, and the choral singing is a knockout that fills the hall with impeccable harmonies. 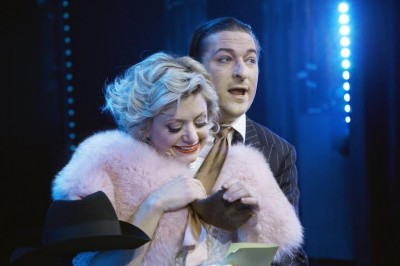 The experienced director Hungnes and choreographer Aamodt have treated the material with great freedom, but with an inventiveness and quality matching an international level.

Guys and Dolls, a musical fable of Broadway.