By Henning Høholt on 1/16/13 • Categorized as Classical music

such as premature ejaculation, anorgasmia and lack of buy viagra (about half. 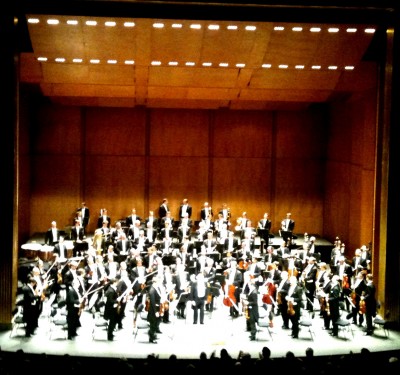 PARIS: One of the great privillege to work as international critic in Europe, with editorial office in Paris is the possibility to attend the concerts with all the most well renommated orchestras in the world, as when they are touring in Europe, a stop in Paris is a must. This gives us the possibility to listen to them all in surroundings and acoustic that are familar for the critics, and for the audience, which does that we better can evaluate and compare the different orchestras. A possibility that we dont get when we are listeing to the same orchestras in different places.

This season opened with the Marinsky Theatre Orchester from St. Petersburg leaded by Valery Gergiev at Salle Pleyel send directly at Mezzo, last week, and Monday 14. January The Vienna Philharmonique Orchestra at Théâtre des Champs Élysées. It was a special occassion as the conductor Georges Prétre has been conducting The Vienna Philharmonic for 50 years this year. So Théâtre Champs Élysées was completely packed with a celebrity audience.
The concert of the Vienna Philharmonic opened with Beethovens Symphonie no 7.  Op. 92, was the seventh of his nine symphonies. He worked on it while staying in the Bohemian spa town of Teplice in the hope of improving his health. It was completed in 1812, and was dedicated to Count Moritz von Fries .At its debut, Beethoven was noted as remarking that it was one of his best works.  The second movement, Allegretto, was the most popular movement . The instant popularity of the Allegretto resulted in its frequent performance separate from the complete symphony.
The work as a whole is known for its use of rhythmic devices suggestive of a dance, such as dotted rhythm and repeated rhythmic figures. It is also tonally subtle, making use of the tensions between the key centres of A, C and F. For instance, the first movement is in A -Major but has repeated episodes in C-Major and F-Major. In addition, the second movement is in a-minor with episodes in A-major, and the scherzo is in F-major. App. 37 minutes. Actually this was not the best Beethoven 7th Symphony that i have heard, the wood was not particularly good or precise, and it seemed like mr. Prétre some time rushed them too much, that they have not expected. But that was the opening number. 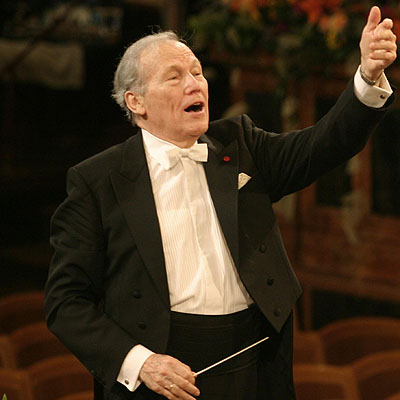 Georges Prêtre, this year he has been conducting The Vienna Philharmonic for 50 years.

Followed by Igor Stravinsky  The Firebird  suite (version 1919). As the Firebird originally as ballet was written for the 1910 Paris season of Sergei Dhiaghilevs Ballets Russes company, with choreography by Michel Fokine at Théâtre des Champs Élysées. It is a musical piece which in its historical “belongs” to the house. the Suite is also called Firebird Suite no 2. It presents the following numbers:  Introduction— (1) The Firebird and its dance—The Firebird’s variation; (2) The Princesses’ Khorovod (Rondo, round dance); (3) Infernal dance of King Kashchei; (4) Berceuse (Lullaby); (5) Finale. The Firebird  suite was mor ein the level that I expects from this orchestra.

Maurice Ravel  Boléro the finale number in this evenings programme became a big hit. It was an extraordinary presentation of a work, that I seeme to know well, and in fact some years ago was being very tired of. But by this extraordinary interpretation of very hig class, it became like a new born baby to me. Georges Prêtre permitted him self to present it in his personal way and the musicians personalised some of the many different soli in personal ways, so it became extraordinary. It was a pleasure to enjoy so many brilliant soloists in all the corners of the orchestra.
Viennese Music: Of course the audience wouldnt let the orchestra  leave the podium with out any Vienna tunes, but firts after the fifth entre on the podium of the conductor the Vienna firework started with a big waltz and a galopp. The the audience was happy and could go home, happe, they have got what the wanted.
Tagged as: Beethoven, Classical music, Georges Prêtre, Marinsky Theatre Orchester, Mezzo, Orchestre Philharmonique de Vienne, Ravel, Salle Pleyel, Stravinsky, Théâtre des Champs Élysées, Valery Gergiev, Wiener Philharmoniker