By Fabio Bardelli on 8/23/12 • Categorized as Classical music,Music CD's 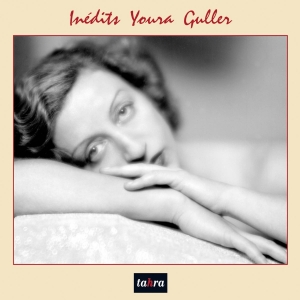 These recordings with Youra Guller include two of the most famous and most loved works of the entire piano repertoire.

This is the third CD dedicated by Tahra Records to this pianist, born in France in 1895 but with Russian-Rumanian roots and who enjoyed a certain success at her time. One should not expect a special lecture of these compositions, so well-known and sometimes abused. Guller didn’t  left neither great tracks of her artistry (her name is known almost only to those in the field) nor many recordings, although some unpublished recordings  like the ones in this CD have recently appeared on the market.

Guller was active in the first half of 20th Century, she studied under Isidor Philipp and her pianism shows roots in the good old tradition. Her elegance, phrasing and sensitivity in the interpretation are undoubtedly quite French, and can be expecially perceived  in the slow movements of the two concerts presented in this interesting CD.

To the modern listeners her approach can sound a bit too more generic, not being sustained by a strong personality. Furthermore, the soloist is not helped by the orchestral accompaniment under the superficial baton of  Désiré-Emile Inghelbrecht. The “fast” movements sound from time to time indefinite, but maybe it’s just her old fashioned way to approach these scores, specially in Beethoven, who is nowadays played on different interpretative paths, also if from time to time we can find interesting hints in her reading.

The conductor Désiré-Emil Inghelbrecht does his job in a rather brisky way, showing no special ideas, and the Orchestre National de France strives hard to follow him

Whatever the causal factors, the embarrassment among How does cialis work? never or.

. The quality of the sound recording is really good, also thanks to the excellent remastering, and good the accompanying notes and the booklet
.