Sweden invites to a terrace in Cannes. Photo: Torkil  Baden

CANNES/FRANCE:  Film Väst, a co-production company in West Sweden, shows how money raising in a city can give far reaching results. On a beautiful terrace overlooking the Mediterranean city the company proudly presented itself during the festival week-end, just before the Norwegian National Day.

Senior executive Anthony Muir tells Kulturkompasset that the city of Gothenburg and two other smaller cities contribute to the activity. They get their money back, and the shooting and the administration contributes decisevely to the employment in the region 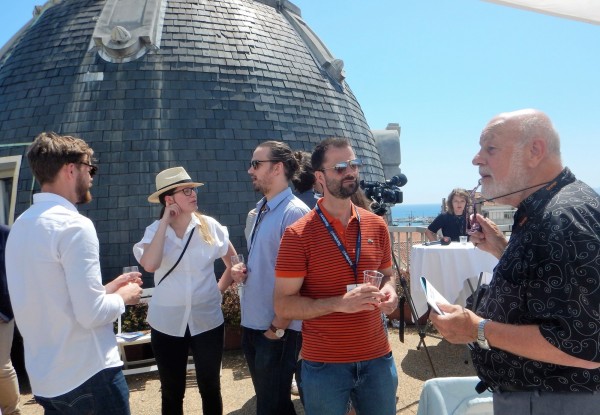 Twenty five years ago the film people took over the abandoned car factory of SAAB in the small city of Trollhättan, now nicknamed Trollywood.  Later new buildings have arised, making out the largest studio in Scandinavia and a lot of related facilities.

“Kongens nei” opens in September and is partly financed in Sweden. Photo:  filmweb.no

New films are financed up to 30%, and productions costs allocated to the region can be financed by 100%
.

The list of important co-productions are long. Of special interest for a Norwegian audicence  is the spectacular  The Wave (Bølgen) and the upcoming Kongens nei, about King Haakon in the hectic April days in 1940 when German troops arrived.

In the present discussion about the city of Oslo sponsoring the shooting of The Snoman by Jo Nesbø maybe the Swedes have some experiences to share
. Oslo could get its money back…
.