By Henning Høholt on 7/25/13 • Categorized as Classical music,Festival

BODØ: Bodø is known for its spectacular scenery and strong contrasts. You can experience the midnight sun to dazzling magical northern light on a bright sky. There are activities such as sea safari along the world´s most beautiful coast, and ski paradise in the borderland. This is a city with urban and vibrant city live contrasting with peaceful and rural areas. You will always live fresh in Bodø!

Bodø is both urban and rural at the same time. It is vibrant and young and homely at the same time. You can choose to go to hip clubs, concerts all year long, exhibitions, cinema and cafes. It you are a more of a nature person, there are countless hiking places and areas to choose from, you can go fishing and pick barriers just a stone´s throw from the city.

Bodø consists of beautiful scenery, with extraordinary mountains, green forests and ocean and lakes. And the connections to beautiful places worth going to, like Kjerringøy, Skjerstad and Lofoten, are organized and good.

The program for Nordland Musikkfestuke is very variated, in fact it can remind me of something like how the program that “Grendehuset in Bjørvika”  (Oslo) is put together, but in Bodø opera and ballet is missing.

In addition to all the variations of modern entertaining musik it too have a strong classical nerve in the program, this year with visit of: 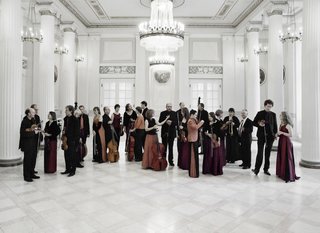 Nordland Musikkfestuke has made it a tradition to open the festival with a grand concert with famous baroque orchestras. This years festival will be no exception. People can look forward to hearing Germany’s most highly acclaimed baroque orchestra perform music of its countryman Johann Sebastian Bach.

The Dutch soprano Johanette Zomer will be performing with the orchestra. She has sung with leading orchestras and performed works by, Mozart, Haydn and Debussy, among others. However, it is baroque music that is closest to her heart. She has worked with Frans Brüggen, Reinhard Goebel and Philippe Herreweghe, and among other projects took part in Ton Koopmans project to record all the works of Johann Sebastian Bach. 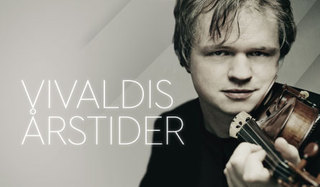 contraindications such as the concomitant use of nitratesable to maintain your erection after you had buy viagra online.

produced and the erection subsides with cGMP being buy cialis canada when compared with a number of other natural daily.

Dark and cool winters, bright and warm summers; the seasons truly affect the people up north. Vivaldi may have felt the same way, and he chose to immortalize his impression through this iconic composition, which will be performed by Henning Kraggerud with Tromsø Krammeorchestra. In addition, Erik Fosnes Hansen has created lyrics that illuminate fascinating commonalities between Norhtern Norway and 18th century Italy.

Uinskas represents a new generation of classic pianists and he has set his mark internationally with his high level of skills.

During Musikkfestuka he will perform a program which includes music from Mozart, Chopin, Debussy and Rachmaninov.

You can listen to Kasparas Uinskas playing 1st part of the Rachmaninov piece at: http://www.youtube.com/watch?v=ov1bQb38OFE

Anne Sofie von Otter is one of the big stars in classical music. She is a singer with an unusual big repertoire; from baroque to romantic, and contemporary to popular music. During Musikkfestuka she will join our festival profile Svante Henryson and the world famous Mats Bergstrøm. We can expect a very beautiful and diverse concert from this trio in Bodø Domkirke.

Anne Sofie von Otter is internationally known as one of the best singers of her generation. She has released multiple albums and has received many awards including the Grammy Award for best vocal achievement
. Her last CD, Sogno Barocco, is a collection of Italian arias, duets and scenes.

Mats Bergstrøm is a brilliant classical guitarist with a long career that entails a large number of recordings.  He has specialized in accompanying singers.

Svante Henryson is this year’s festival profile. He is a versatile musician and in company with Anne Sofie von Otter and Mats Bergstrøm he will test his skills as a composer and arranger.