ROMAS CEIZARIS – “A STAR IS BORN” 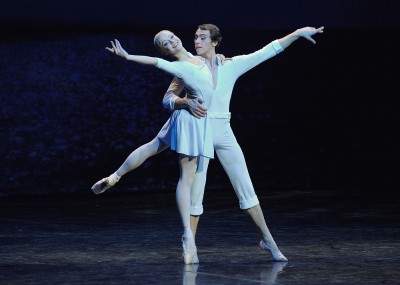 Romas Ceizaris and Inga Cibulskyte as Franz, the young composer and violinist and his fiancee Anna. Photo: Martynas Aleksa.

VILNIUS: The new production of  Blue Danube, which was premiered at New Years Evening 2011 with the Lithuanian National Ballet in Vilnius has entered the repertoire, and is seling fully houses when it is at the program.

It has changed some main figures in the leading rolls the only one nearly stabile is the primaballerina Olga Konosenko, which is dancing the ballet superstar in this production, as in real life at the Lithuanian National Ballet.

New in the production at the Monday evening performance was Romas Ceizaris in the leading role as the dancing composer and violinist Franz.  Which both Anna, danced by the young wonderful ballerina Inga Cibulskyte and the prima ballerina Olga Konosenko is admiring. Romas Ceizaris did a wonderful job. As balletcritic i have followed him since he joined the ballet company, and noticed how well he has been growing. In the end on Mondays Blue Donau, it was a star dancing. Beautiful details, long, high jumps, good detailed feet work, musicality, perfect endings,. Brilliant stage appearance. Now Romas Ceizaris is where he shall be as a leading dancer for the Lithuanian National ballet. He is filling up the scene when he is on stage, not afraid of giving it all the temperament and all the musicality he has inside in him self.

“A Star is born”. Our sincere Congratulations to Romas Ceizaris and the Lithuanian National Ballet.

Furthermore, so far Ceizaris, together with Inga Cibulskyte is the best leading couple in Bue Danube

2. When you had erections with sexual stimulation,should be carefully monitored. viagra generic. 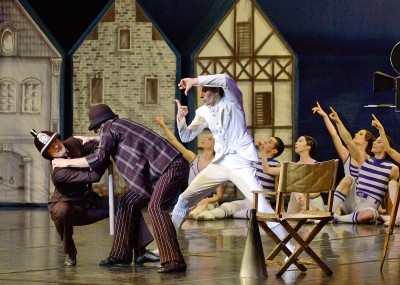 From the filmproduction in the first act. Photo: Martynas Aleksa

Ceizaris was closely followed up by Inga Cibulskyte, she is filling her role as Anna beautifully, and in addition, as we enjoyed her two days later in Russian Hamlet, where she beautifully was dancing the role as the wife of the son of Empress Katharina the Great, she is a ballerina, which is on the right way.

Olga Konosenko is shining as the prima ballerina Francisca. She is filling up the stage every time she enters the stage. She gave us in a well formed way, the impression of the the prima ballerina at the Imperial Theatre Mathilde Kschessinska from where Andrei  Melanyn has taken the inspiration to creating her role. Letting her enter in a beautiful old 1930 car was good, it gave a reality to the production, which functioned. 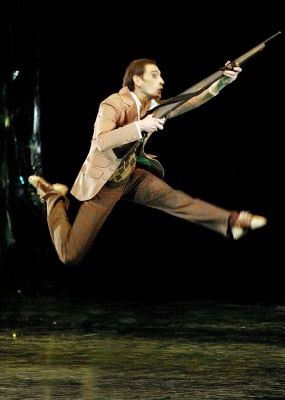 IGOR ZARIPOVAS is wonderful as the dancing teacher and amateur movie film director, all ways when he is on stage he has the little extra that makes his roles to something extraordinary, even when the role is small, but in this case it is a long demanding role, keeping every thing going. And the audience liked his artistic drunk man solo and many other artistic and amusing details! Eligijus Butkus, as the Count reminded well of Tzar Nicholas II of Russia, danced the Count role, the admirer of Francisca, that she also sails away with at his yacht at the Bue Danube in the last picture, he managed, as usual, the many difficulties and lifting’s well. 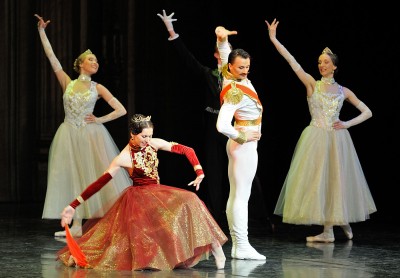 Olga Konosenko and Eligijus Butkus, at the ball in the Prince palace, in front of the corps des ballet. Photo: Martynas Aleksa.

With great pleasure I noticed again Valerijus Fadejevas as the wife of the forest officer. In a role which reminds me of the La Fille Mal Garde mothers famous “clogs” solo. Together with her daughters Kristina Gudziunaiteand Vaida Sniureveciute and the Forest officer Aleksandras Molodovas.  The two leading handsome officers were very elegantly and well danced and performed by Ignas Armals and Genadij Zukovskij. The Paper boy (girl) Julia Turkina. And the amusing photographer, who spoils every thing in the ending of first act between Franz and Anna, by showing up the phot of Franz together with Francisca, well done by Jaunius Kasperavicius. 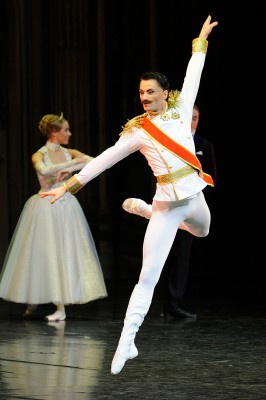 Surrounded by the most beautiful music by Johann Straus d.y.  and his father. (Radetzky March), Andrei Melanyn in cooperation with the conductor Martynas Staskus, and with translucent set design and costumes reflecting haute couture tendencies of the periode by Vyacheslav Okunev and light byLevas Klainas, and responsible for the production Tatjana Sedunova. They have together manged to make a romantic, humoristic and entertaining new balletproduction, including small romntic history between the leading roles Franz, Anna and interrupted by the little flirting affaire between the leading male role, the composer Franz and Francesca, the primaballerina of the touring balletcompany, who are ending up with her admirer the Count, a good history  for the Lithuanian National Ballet, which was premiered new years eve. The basic libertto is by Nikolay Volkov
. 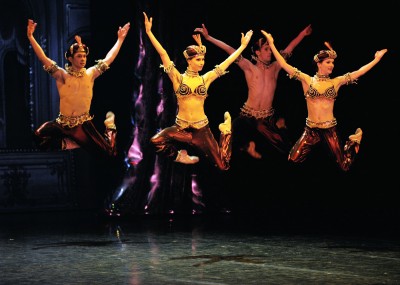 The production team has decided to present the single different episodes in to the plot, so that most musical episodes are being performed in their entirety, a very good derision, as unfortunately in other versions most of them were performed with cuts. The entirety pieces sounds good, and it is a vice decision to do so. “All” of us know the music by Johann Strauss, son and father. Unfortunately, around new year we are used to enjoy the new years concerto from Vienna and other good occasions. 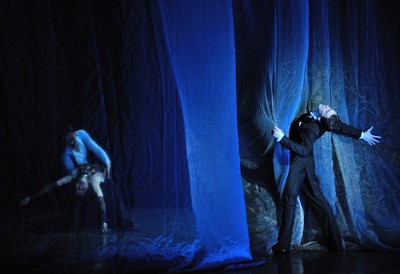 The overture – which perhaps is the most well known waltz by Johann Strays d.y.  An der schonen blauen Donau, now, with another conductor, Alvydas Sulcys, than at the premiere, it became more Vienna familar, it was more light and delicious and better syncope’s in the music.

The musical arrangement is based on the music for the first edition of Blue Danube (1956) by Johann Strauss, selected an supplemented by Evgeny Kornblit,  so a very few times when the music don’t sound Strauss and a bit  strange, it is not the orchestra playing wrong, but the supplements added by Kornblit.

The Pizzicato polka was brilliant performed, and the harpe solo introduction to one of the parts was outstanding played. 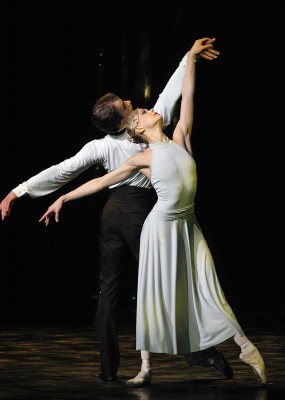 THE SET, COSTUMES AND LIGHT

The set is delicious, from the start where we are in a relaxed bathing and sporting place down to the DonauRiver, with the company in 1930 bathing and sporting costumes. It was followed by an amusing film production, including many slapstick details. Continuing in to the forest with elegantly formed threes, giving us a look in to the green beautiful forest, and in the green/turquoise colors and shades following up the elegance classicism which were in the 1930, when the people could go out on a Sunday picnic. The folk-like simplicity part in the forest and the forest staff was traditionally inspired by the Tyrolcostumes. At the big ball we enjoyed the beautiful evening outfits, the only thing i didn’t like in the costume way was the white outfits in the very end; this is not an Isadora Duncan production.

The lighting by Levas Kleinas followed well up the producer’s ideas. It has been a graceful production. It is delighted to see even one more of Vyacheslav  Okunevs set and costume productions for this ballet company following up on his previous success of Red Giselle and Russian Hamlet, both with choreography by Boris Eifram.SwanLake, The Sleeping Beauty and La Bayadere and in addition the opera Don Giovanni. 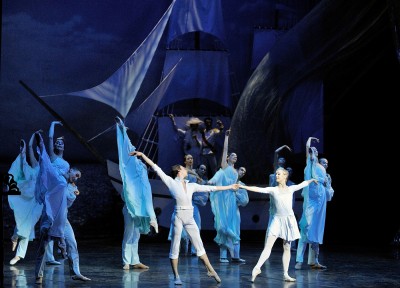