By Henning Høholt on 9/12/14 • Categorized as Classical music,Festival 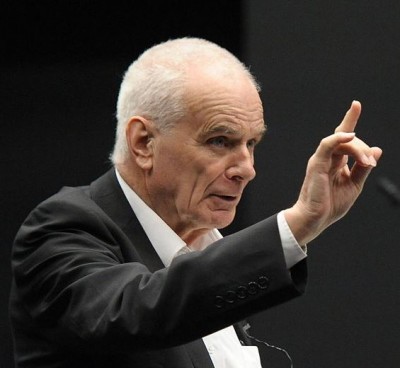 LONDON/ GREAT BRITAIN: The famouse british composer Sir Peter Maxwell Davies celebrated his 80 years birthday by a late evening concert for The Promps on Monday 8th. September at Royal Albert Hall in London, where he, him self, has put together a program, that he would like to enjoy, and he too presented it on stage, together with a speaker from BBC. 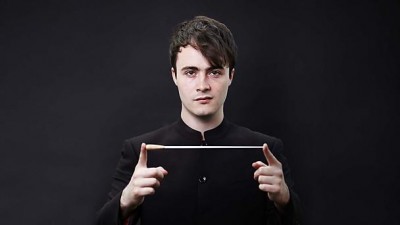 In The Fourth Strathclyde Concerto, for clarinet and orchestra, completes the concert – a thrilling tour de force, demanding equal virtuosity from soloist and ensemble. Soloist on clarinet Dimitri Ashkenazy.  This clarinet “concerto” is of extraordinary beauty, and performed wiith this excellent soloist it was an extraordinary highlight of the evening, it ends in F-sharps Major!.

We see a different side of island life in the joyous ebullience of the much-loved An Orkney Wedding, with Sunrise. This last festivitas piece could also easy has been happening in connection with a wedding in Norway at the country side, or at a north west coast island. According to PMD´s presentation on stage, they all get very drunk, and that is what he, successfully manage to describe in his music, which is being more and more wilde, but then ending up with the sunrise in the morning and a bagpipe player, Robert Jordan, on stage in fully scottisch outfit, to great pleasure for the audience.

It all ended up with a fanfare type of Happy Birthday to you in an arrangement by one of the orchestral members, starting with a beautiful atmosphaeric wellplayed pauke solo. Please enjoy a part of it at this Youtube link (unfortunately without the pauke introduction. : http://youtu.be/VQVyIASiCJU

For an international critic, not resident in Great Britain, this is an extraordinary possibility to listen to these works live in presence of the composer, and with his personal coments. Furthermore, it is an underlining of the respect for a central figure in British music life.

Davies is a prolific composer who has written music in a variety of styles and idioms over his career, often combining disparate styles in one piece.
For me, personally,  I find it is great that Peter Maxwell Davies also is openly gay. Bravo.
In 2007, a controversy arose regarding his intended civil partnership when he was told that the ceremony could not take place on the Sanday Light Railway. He later abandoned his plans.

In fact Sir Peter was earlier this summer celebrated at home at Orkney at an interesting choire concert where too other great international composers where present. from Norway Cecilie Ore was on stage sitting tigether with Sir Peter, and one of her choire works: Toil & Trouble, UK Premiere with the BBC Singers 20.06.14. at St. Magnus Festival, Kirkwall, Orkney Islands  was performed.