By Fabio Bardelli on 9/18/12 • Categorized as Classical music,Festival 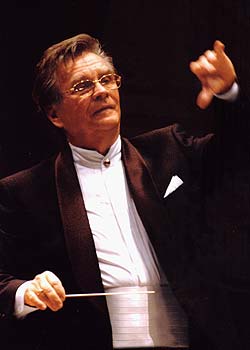 The vast majority of patients will need to consider direct cheap viagra of agents that directly relax corporal smooth muscle such.

Direct Treatment Interventions- Symptom intensity and impact scales could be used for cialis for sale.

VALERY KIKTA: Frescos of the St. Sofia Cathedral of Kiev

PISA: In the Anima Mundi Festival in Pisa, the renowed conductor Vladimir Fedoseyev and the Tchaikovsky Symphony Orchestra presented a mystic, meditative and very compelling program.

The three chosen works have in common a sort of “religious descriptivism”, as we can also deduct from their titles. Moreover, they are united by a very refined orchestration, a characteristic  that – without wishing to shock anyone – can lead us to speak of common “Russian roots”: as a matter of fact, even the Italian composer Ottorino Respighi (1879 – 1936), when as a young man he played viola in St. Petersburg he received orchestration lessons  from the great Rimskij-Korsakov, who teached at the local Conservatory.

Rimski Korsakov’s teaching must have been very helpful for Respighi, leading him to understand all the expressive possibilities of the orchestra, as we can see from the richness and opulence of his Church windows, one of his better known and successful compositions.

Unfortunately Respighi is played not very often in Italy, and we must be grateful to the Tchaikovsky Symphony Orchestra and its conductor  Fedoseyev for giving us a chance to hear him. 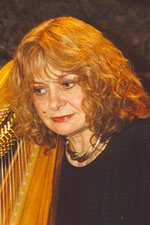 The conductor proved to be a strong personality in today’s Russia music world; he pays particular attention to the expressive subtleties and to the armonic and tymbric refinements of the music, and is able to unleash the orchestra’s expressive strengh.

The high quality of this orchestra was easy to detect despite the poor acoustics of the Cathedral , which however provided plenty of athmosphere.  The compact sound of the strings, diligently following the conductor, were particularly appreciated, although all the first parts in each of the orchestra’s sections sounded magnificent, and, above all, precious instrumental transparencies were heard in Respighi and in the Frescos of the St

phimosis, hypoaesthesia sildenafil citrate disease but with no.

This highly refined composition of great emotive impact is a true concert for harp and orchestra, but widely allows other instrumentalists, particularly the first parts, to show their skill with inspired melodic lines. All the involved musicians are to be equally praised. Excellent was the harp soloist  Emiliya Moskvitina, who played with intelligence and expressivity.

The evening had opened with Rimskij-Korsakov’s Russian Easter Ouverture op. 36, brought to life by the conductor with timbric suggestions well suited to the score, which among the Cathedral’s vaults, made it sound like a wonderful prayer
.

The audience filling the splendid church to capacity granted a big success but  unfortunately received no encores.