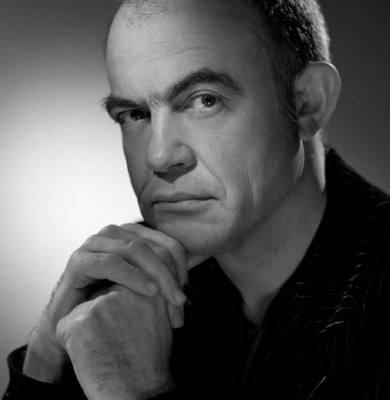 The Centre national du costume de scène et de la scénographie continues its collaboration with Christian Lacroix, following him into the heart of the Opéra national de Paris where he created the costumes for the ballet La Source, in a choreography by Jean-Guillaume Bart, Danseur Etoile. These sumptous costumes embroidered with Swarovski crystals were worn on stage by the Paris Opera Ballet at the Palais Garnier in the autumn of 2011 and are presented here in an exhibition organized by Christian Lacroix.

Christian Lacroix, designer of theatre costumes Chrisitan Lacroix, great fashion designer who has become a designer of costumes for theatre, opera and ballet, created the sumptuous costumes  for the ballet La Source, given at the Opéra national de Paris in the autumn of 2011. This romantic ballet, which disappeared from the repertoire of the Opéra at the end of the 19th century, tells the story of the
sacrifice of Naïla, spirit of the source, for the love of the hunter Djemil and his beautiful Nouredda.

Jean-Guillaume Bart, Danseur Etoile, trained at the dance school of the Opéra, had long had the project to bring this ballet back to life. Brigitte Lefèvre, director of dance at the Opéra national de Paris gave him the occasion to do so, inviting the dramaturge Clément Hervieu-Léger, costume designer Christian Lacroix and scenographer Eric Rufaround him to accompany him in this adventure, and programming the ballet at the Palais Garnier. 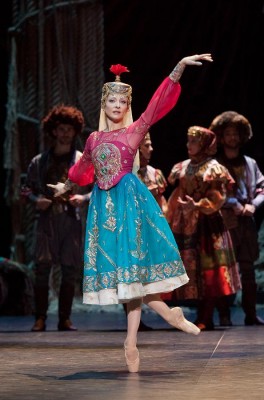 These costumes, of refined neo-classical style for the fantasy roles, tinted with orientalism and shimmering colors for the folk characters, bear witness to the dream world of Christian Lacroix. He spoke about this during the preparation of the ballet in the costume workshops of the Opéra national de Paris, saying, “I wanted to give the impression that these costumes, as well as the ballet, had come out of a long sleep with their freshness and memories, and, in addition to have the rustic aspects contrast with the opulence of the brocades, ornaments and jewels.”

The ballet is a succession of nymphs in romantic tutus made of Japanese organza (one of the lightest fabrics in the world); of
odalisques draped in tunics and loose pants made from old saris; of Caucasian women as “Russian dolls”, in their ethnic dresses, and Caucasian men in coats inspired by traditional clothing but given new color with the palette of Christian Lacroix; costumes and tiaras decorated with Swarovski crystals.
The route of the exhibition, into the heart of the Opéra national de Paris The exhibition and the accompanying catalogue are an invitation to discover these costumes and accessories from their conception by the costume designer to their creation by the costume workshops at the Palais Garnier and finally to the staging of the ballet. Transported to the heart of the costume workshops at the Palais Garnier, the CNCS will reveal, room by room the different costumes of the characters in the ballet, retracing for each one the stages of development, technical research and artistic interest.

Display cases and rooms will be decorated with the sources of inspiration for Christian Lacroix (documents, photographs and historic items of clothing), maquettes which he drew for each character as well as patterns, fabric samples, dye tests and prototypes. So many tangible witnesses to the work of the designers, tailors, decorators and milliners of the costume workshops of the Opéra national de Paris being honored in this exhibition for their exceptional know-how.

Additional elements:
To explain this work, interviews and reports are shown as part of the exhibition. Brigitte Lefèvre, Jean-Guillaume Bart, Clément Hervieu-Léger, Christian Lacroix, Eric Ruf and the dancers of the Paris Opera Ballet evoke the specifics of the creation of this ballet.
The visitor can also watch reports in the costume workshops (costume fittings, treatment of materials), the elaboration of the
make-up design, the creation and mounting of the sets, the rehearsals, etc.

In addition, there are numerous photographs taken by Anne Deniau in the costume and set workshops (creation, sewing, fittings, set-up…), during the dance rehearsals in studio and on stage, and reproductions from the archives of the Paris Opera
Library-Museum (costume and set maquettes) which illustrate these various subjects.

The Centre national du costume de scène et de la scénographie (CNCS)
The CNCS opened in July 2006 in Moulins in Auvergne and is the first conservation centre in France or abroad entirely devoted to material theatrical heritage. It has become a place not to be missed for all lovers of theatre arts. After appearing in their final productions at the Opéra national de Paris, the Comédie -Française and numerous other theatre companies, the costumes arrive at the center for a second life during which they will never again be worn but will be conserved, studied and exhibited. The visitor to the CNCS is thus invited to dive backstage into the heart of the greatest theatres and opera houses, where productions are born. 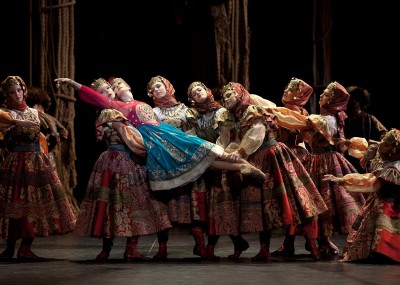 The collections The CNCS conserves the most prestigious collections in the world, on deposit from its three founding institutions – the ibliothèque national de France, the Comédie-Française and the Opéra national de Paris as well as costumes donated to the CNCS by costume designers, theatres, theatre and dance companies, artists and their families. Today, more than 10,000 costumes and accessories are conserved in the ultra-modern reserves of this 18th century cavalry barracks: the costumes worn by Maria Callas in Norma in 1964, Jean Marais’s armour
in Britannicus in 1952, the tutus by Christian Lacroix for Les Anges ternis in 1987, the costumes by Philippe Découflé for the Olympic Games in Albertville in 1992 and many more.

The Centre national de costume de scène et de la scénographie (CNCS) is situated in Moulins in the Allier department and occupies a part of the Quartier Villars, a cavalry barracks dating from the end of the 18th century which has been classified as a Historic Monument. The restoration of the barracks building was accompanied by the construction of a new building for the reserves of the collection, designed by the architect Jean-Michel Wilmotte. 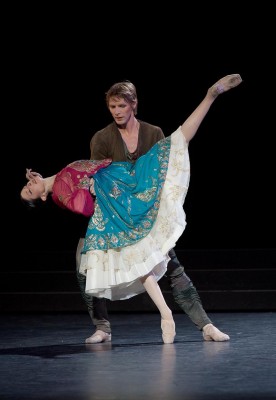