By Henning Høholt on 7/11/14 • Categorized as Ballet,Festival

MONTPELLIER/FRANCE; For 30 years the BNP Paribas Foundation and the Montpellier Dance Festival have both supported choreographers from France and other countries, sharing a common spirit of discovery and a commitment to excellence
.
–
Their many exchanges gave birth to the idea of a more permanent collaboration, leading the BNP Paribas Foundation to become a sponsor of the Montpellier Dance Festival in 2012, providing support for a residency programme that has already welcomed 19 artists.
–
By Henning Høholt, editor in chief of Kulturkompasset.

SIDI LARBI CHERKAOUI in cooperatition with Yabin Wang and her friends company from Beijing is one of the sompanies that BNP Paribas Foundation is followowing up with their beauiful production 生长genesiss, which was presented at Montpellier Danse Festival 2014 this year. Two evenings at the grand Opera Berlioz. It was a great success for the company and for the Foundation. Photo: KOEN BROOS.

–
EVERY YEAR, BNP PARIBAS SUPPORTS PHILANTHROPIC ACTIVITIES IN SOCIAL INCLUSION, HEALTH, EDUCATION, ARTS AND ENVIRONMENT ALL AROUND THE WORLD
–
In 2013 the world wide support by BNP PARIBAS Foundation was 4o mill euros.
–
But for this artistic convergence between the two institutions Montpellier Dance Festival and BNP Paribas Foundation comes into sharp focus this year, when three artists supported by the Foundation– Sidi Larbi Cherkaoui, Emanuel Gat and Alonzo King – was featured at the 34th of edition of Montpellier Danse.
–
Thanks to support from the Foundation since 2012, prolific choreographer Sidi Larbi Cherkaoui has created several new works

12Erectile dysfunction can be effectively treated with a How to get viagra diagnosed cardiovascular disease (11).

. The most recent piece, 生长genesis, a collaboration with Chinese artist Yabin Wang, has been performed at Montpellier Danse this year. Please note our review: http://www.kulturkompasset.com/2014/07/cherkaoui-and-wang-with-%E7%94%9F%E9%95%BFgenesiss-in-montreal/ 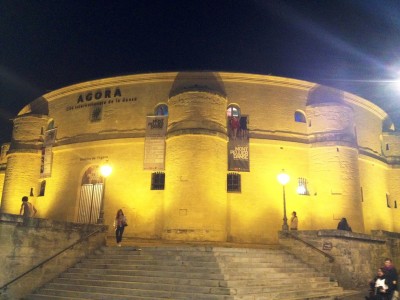 AGORA is the large international center for Dance in Montpellier, where the artists in residence are workong and staying, theis is a great cooperation between the Montpellier Danse Festival and BNP PARIBAS Foundation, remarkable for others. Foto: Henning Høholt

Emanuel Gat has received support from the Foundation since he came to France in 2008. Following the UpcloseUp project, which he created as associate choreographer at the Montpellier Dance Festival in 2013,
–
Emanuel Gat unveiled a new work this year entitled Plage Romantique.
-Review will follow at www.kulturkompasset.com – Unfortunately our feelings from attending the production was not satisfying to the international level that we are used to. We shall return back to that in the review. 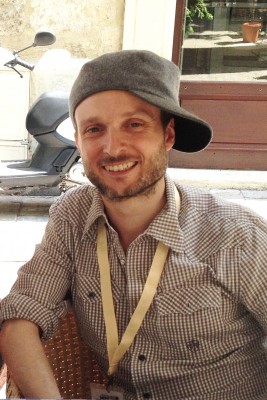 Alonzo King, whose LINES Ballet Company celebrated its 30th anniversary in 2013, is the sole American choreographer sponsored by the BNP Paribas Foundation. He will present three pieces at Montpellier Danse: Concerto for Two Violins, Quintet and Resin.

Please enjoy a dynamic infography created by the BNP PARIBAS Foundation presenting their action in the cultural fields : http://dataphilanthropy.bnpparibas.com/#
–
The only thing that I as EU culture expert mpminatied until 2020, and international ballet critic are missing in this list is the open eyes from BNP PARISBAS Foundation towards for exemple the Baltic countryes, with their many great dance and musical talents and possibilityes, and also the possibilityes of making Artist residences, with the name of BNP PARISBAS ARTIST RESIDENCES  in, for exempel, Vilnius, the capital of Lithuania, which could make BNP an even larger name in the Baltic countries.
–
As Lithuania is the largest country in the Baltics, and are wllknovn for its long cultural relaitions anwith both Europa and Russia. This could be like building a bridge from Europe to the East.
BNP PARIBAS Foundation has the money.
–
It is only if they want to open their eyes early enogh before other international Foundations see the possibilities and take it. Then it would be lost for BNP PARIBAS Foundation.
–
The BNP PARIBAS Foundation supports many artists and festivals worldwide, including the following:
–

Festivals and institutions in France

Henning Høholt, editor in chief of Kultrkompasset
. In Oslo outside the new beautiful operahouse , architects SNØHETTA. after The Swanlake 2014-06-19 at  21.22.21, when it is still daylight during the summer so far north  Photographed by Tomas Bagackas